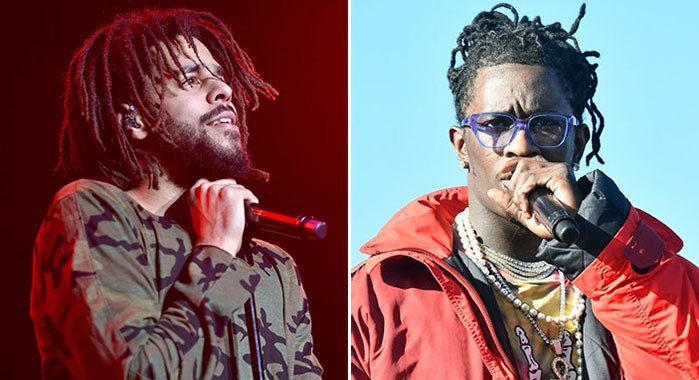 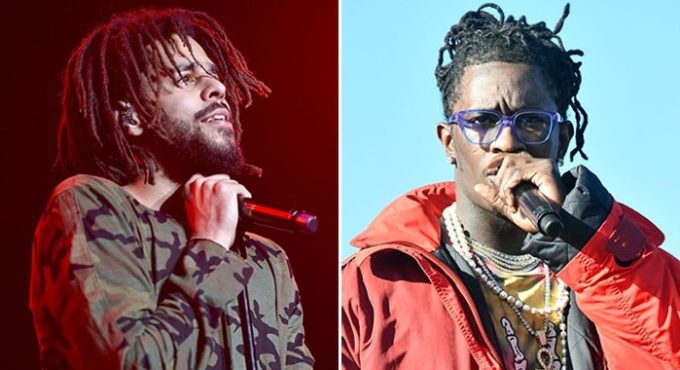 Yesterday, there were rumors which surfaced online that J. Cole was set to executive produce J. Cole’s forthcoming album.

Complex has now confirmed with sources close to Thug that the reports are indeed true. Cole and Thugger have already started recording for the album in New York. It might sound like an unlikely combination but J. Cole has expressed his admiration for the versatile artist in the past. “If you want to talk about Young Thug as an artist, he’s an innovator,” Cole told Angie Martinez last year. “If you know skills, you call him a mumble rapper all you want, but if you know skills and you know the art of rapping, that dude is a genius.”

Last year, Cole had surprised fans by announcing Young Thug as the supporting act on his KOD tour. Thugger’s last project was the excellent On The Rvn EP in September last year.

Yesterday, Cole said in his interview with XXL that he has been locked in the studio with producer T-Minus for months and that he was currently working “on a few things.”