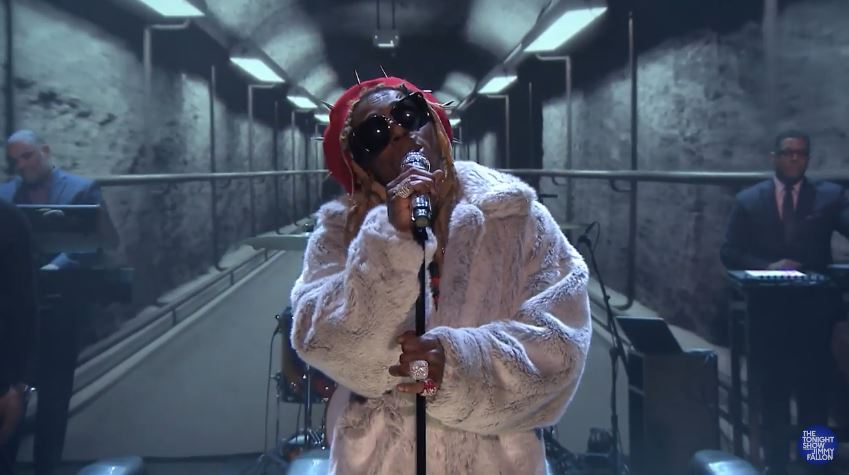 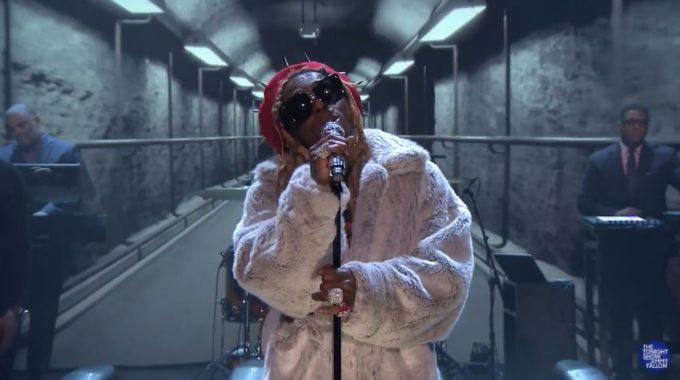 UPDATE: You can also watch a hilarious clip of Wayne playing VR Pictionary with Jimmy, Claire Danes and Lana Condor.

Just under a week ago, Lil Wayne put out Funeral, his thirteenth studio album. It’s 24 tracks long, in tribute to the late Kobe Bryant, with guest appearances from Jay Rock, Lil Twist, The-Dream, XXXTentacion and many more. Stream it here. The album is on pace to sell somewhere between bout 110k-125k copies first week, which would put Wayne at #1.

Despite picking ‘I Do It’ with Sean and Baby as his official single, Wayne performed ‘Dreams’ on The Tonight Show With Jimmy Fallon. Watch the high energy performance below.