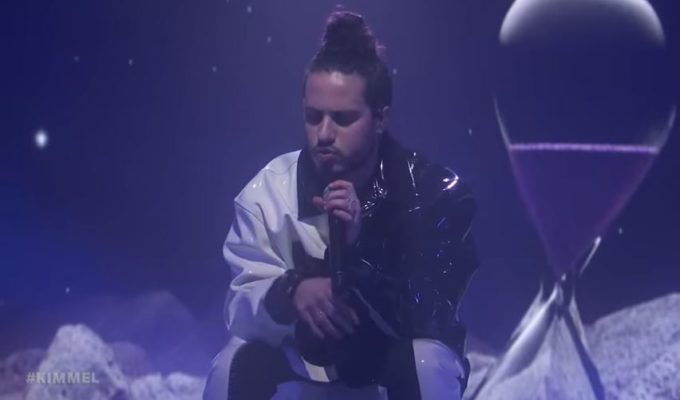 For his third album Shake The Snow Globe, Russ is making sure he promotes it the best way he can.

For his latest stop, he landed on Jimmy Kimmel Live to perform his introspective song ‘Patience’ for the live audience. Russ sings the chorus live too but you’ll notice that his rap voice is a little low. That’s because he admitted a couple of days ago that he was suffering from laryngitis and hence not at his 100%.

Watch the performance below. Earlier this week, Russ dropped the video for the album standout ‘Guess What’ with Rick Ross.