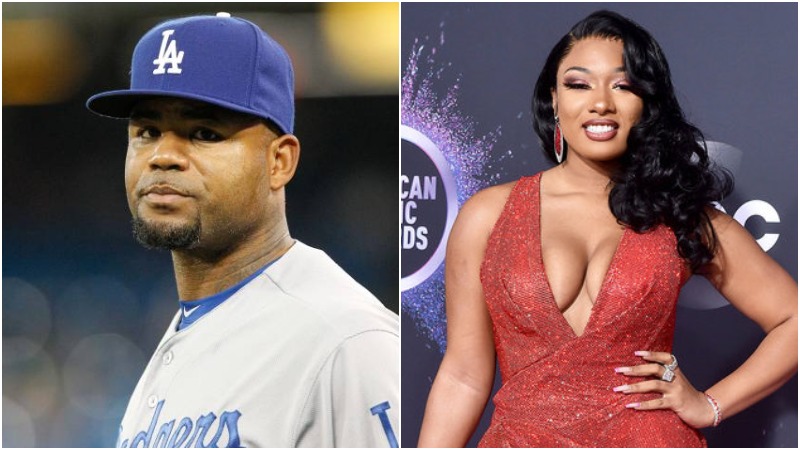 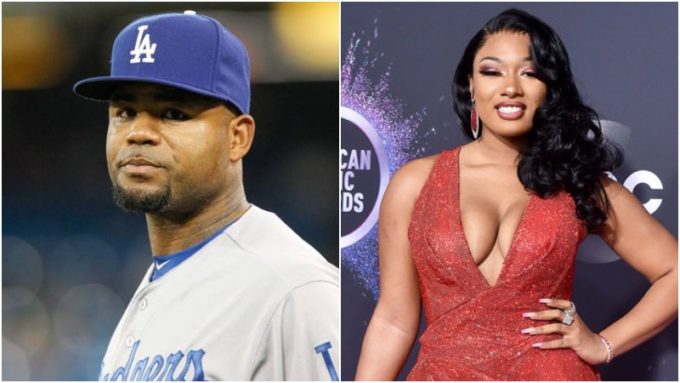 Megan Thee Stallion’s label drama with 1501 Certified Entertainment and its owner Carl Crawford has been the talk of the industry for the past few days.

On Monday, the rapper went on Instagram and accused her label of stopping her from releasing new music and renegotiating her original deal. On Tuesday (March 2), Megan filed a suit and obtained a retraining order against the label which prevents them from stalling her music and attacking her online.

Megan claimed that the contract states that 1501 will get 60% of her recording income, with payment for engineers, producer, artists etc. coming out of her 40%. Incredibly, the contract also supposedly states that all of Megan’s touring and performance money go to the label for it to be shared out later, but the rapper claims payments are incomplete and purposely deceptive.

Now Carl Crawford, a former Major League Baseball star, has responded to the claims in a Billboard interview and counter attacked the rapper for being “a fraud” and lying purposely to create a picture against the him and his label. He also claims that he hasn’t been paid his share of the deal since August last year.

“She just has so many holes in her story, and it’s almost on some delusional type stuff. The bubble of Hollywood and her eight million followers has really clouded her head, because the stuff that she’s saying is not true,” Carl said. “It’s a whole lie. Nothing is true that she said. Me being greedy and taking money from her, that’s crazy. I never tried to take nothing from her. The only thing we ever did was give, give, give. Now, she fell for the oldest trick in the industry: the conquer and divide theme.”

Carl also stated that his business partner T. Farris and Megan’s late mother were the ones who did her contract and till now, he was honoring everything in it. It was only when she signed with Roc Nation behind his back that things started to go left because Jay-Z’s company wanted a piece of the pie.

“T. Farris is the one. Her mom did the contract,” Crawford said. “I’m new to the business. I let this guy T. Farris run my whole business, because I knew absolutely nothing about it. Zero. So he wrote your contract up. I didn’t do it … She got the dude [T. Farris] right up under her. He’s the snake. He did the contract. They had the lawyers. How didn’t you read your contract? She signed two contacts. You signed one with me and 300 [Entertainment]. You mean to tell me, you, your mama and your lawyer didn’t read over that stuff every time? Stop lying. You wasn’t 20, you were 23 years old. You was a grown up. You’re just a liar.”

Continuing to defend his side, Carl acknowledged the 60-40 split in the contract but said that the terms were quite favorable to a brand new artist. He also accuses Roc Nation of using strong arm tactic against his small company.

“We gave this girl a 60-40 split. Now go ask the artist about that. She got parts of her masters [the] first time. You think JAY-Z would have gave her part of her masters on her first deal with Roc Nation? F*ck no,” he said. “Then, she’s getting $100,000 a show and she don’t want to pay up. That’s what the issue was about. She signed with Roc Nation in August and decided she didn’t wanna pay me no more.”

He continued to add to his side: “They’re using that as a strong-arm tactic so that I can renegotiate the contract. They’re holding the money, and they haven’t paid me since August. She done over 15 shows. Y’all do the math. She gets $100,000 a show. She owe me, and I haven’t recouped almost $2 million that we spent on her, building her up so that Roc Nation would wanna come [around]. Where was Roc Nation at when we was grinding and riding around on them backstreets? Roc Nation was nowhere to be found. Soon as we spent our money, blow it up, now all of a sudden, these strangers and people you just met — they introduce you to Beyoncé and now we the devil? We were just the angels sent from the sky. Now, we’re the devil just because Jay-Z saved you. You’re so fake.”