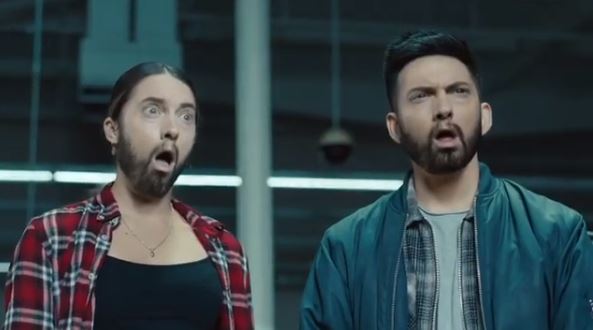 The ‘Godzilla’ video from Eminem is coming after all.

The Juice WRLD-featured track from his latest album Music To Be Murdered By was an instant hit, thanks to the catchy hook from the Chicago rapper and the rapid verses from the Shady boss. The song recently went platinum after moving more than a million copies in the U.S., giving Em yet another plaque.

The legendary rapper has now announced that the Cole Bennett-directed music video for the hit arrives on Monday at 3 pm ET. Before that, he will be chatting with fans starting 2 pm on the Lyrical Lemonade YouTube channel. Watch the funny looking trailer below. In case you missed it, watch Eminem’s only in-depth interview following his latest album with Crooked I here.