UPDATE 2 (March 27): As promised, the new album from Joyner Lucas, ADHD is out now everywhere.

Joyner Lucas has had a few hiccups in terms of releasing his long pending album ADHD but he is finally meeting the moment on March 27.

After sharing a new song and video ‘Lotto‘ a couple of weeks ago, Joyner has revealed the official tracklist for the album today. It contains a total of 18 songs with guest appearances from Young Thug, Chris Brown, Logic and Fabolous. Of course, some of the tracks have been out already but it will still be worth a listen as a project. The rapper parted ways with both Atlantic Records and his manager Sha Money XL last year which caused a delay in the release of ADHD.

In a recent interview with Zane Lowe, Joyner did say that because about half of the songs off the album are already out, he’s aiming to drop two more projects soon. Peep the tracklist below and lookout for the full album on Thursday night. 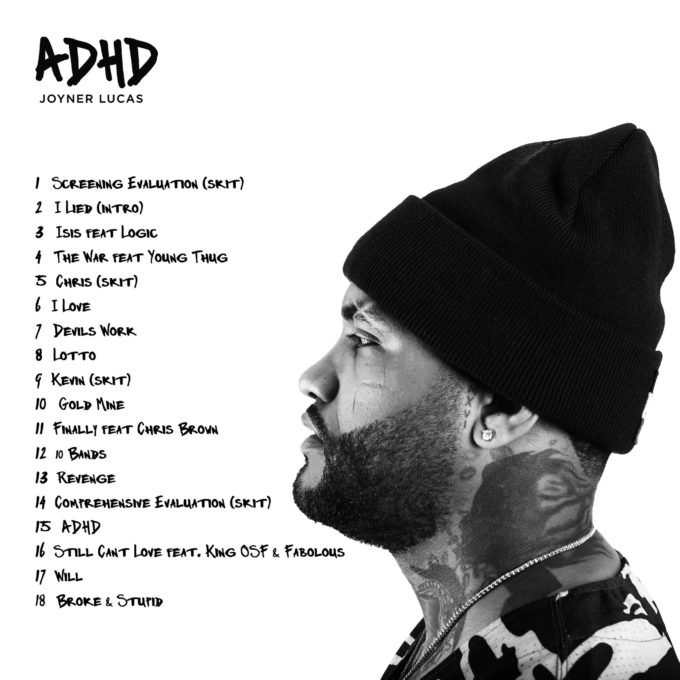 UPDATE: Joyner has shared a new song and music video called ‘Will’ which is dedicated to Will Smith.