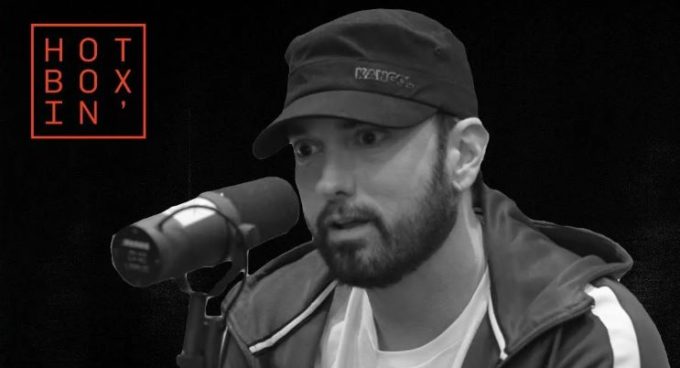 A couple of weeks back, Eminem revealed the music video for his Juice WRLD collaboration ‘Godzilla’ from his new album Music To Be Murdered By. The single has been getting a big push with the challenge on social media and the visual was no different. It featured big cameos from Dr. Dre and none other than the legend Mike Tyson. You can watch it here.

To return the favour, Em has given Mike a rare interview on his podcast Hotboxin’ With Mike Tyson, hosted by Mike and Eben Britton. This interview is only his second of this new era, with the first being Crook’s Corner.

It’s a good 47 minute watch. The video is premiering now on YouTube. Check it out below.