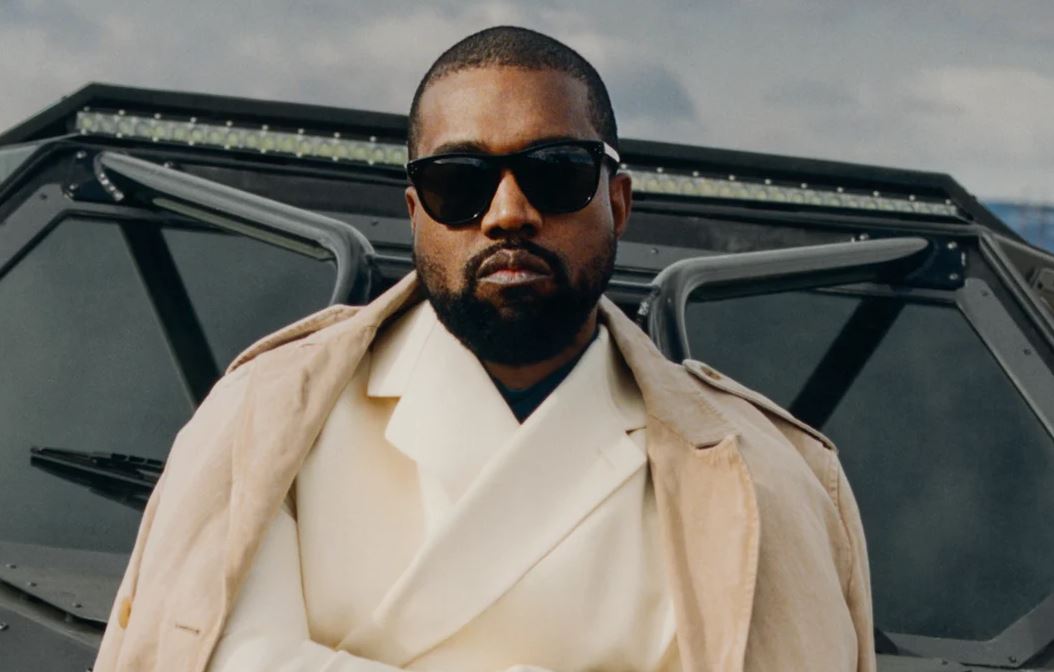 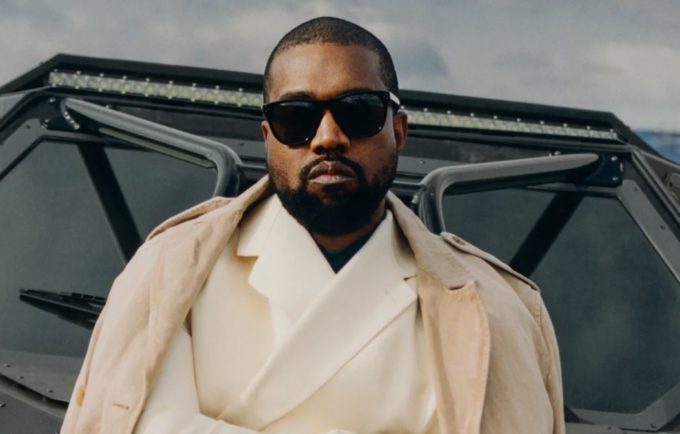 UPDATE: Here’s a video interview which is shot with quite an interesting ambiance around.

Kanye West graces the May edition of GQ and has done an extensive interview with the magazine which took place back in January. The interview happened in batches: while traveling between Cody to Calabasas, and from Cabo San Lucas to Paris, where the rap mogul talked about his 4,000-acre ranch in Cody, Wyoming, his “altered alter-ego,” and much more.

Of course, ‘Ye also got into his support for Donald Trump and said that unlike previous times, he will be voting in this year’s election and it will be for his good friend. Kanye also talked about his architectural plans, how his belief in Christ saved him, the last album Jesus is King, recording regularly on an iPhone mic (he calls it the best mic), his Yeezzy collection and other stuff.

“Have I ever not done anything I said I was going to do? I made it back from addiction, I beat the predictions, brought real to the fictions—that’s off the new album,” he said in one part of the interview so don’t be surprised to hear that on ‘Ye’s next LP which is expected to be Jesus is King 2.

Below are a few highlights.

“You get into a position and you become influential, and that becomes more of your goal rather than following your spirit and your anointing,” West says. “So look, I’m not telling anybody who they should vote on, what they should wear, where they should live. I’m doing me. If you just so happen to catch a photograph of me doing me, that’s what I was doing! I’m not doing nobody else in the photograph.”

Presenting GQ's May cover star: Kanye West. Hit the link in bio to read the story by @WillWelch. Photographs by @Tylersphotos.

He was the basketball version of me, and I was the rap version of him, and that’s facts! We got the commercials that prove it. No one else can say this. We came up at the same time, together. And now it’s like, yeah, I might have had a reputation for screaming about things—but I’m not taking any mess for an answer now. We’re about to build a paradigm shift for humanity. We ain’t playing with ’em. We bringing home the trophies.

On his rebirth as a Christian:

I surrounded myself with the healing—the highest-level healing possible: singing about Jesus with my friends and family surrounding me [at Sunday Service] every single week. This was a place, contrary to popular belief about Christianity, of no judgment. I feel that the church that most people grew up on as kids had a negative environment. The greatest thing for me, as someone who’s given their life to Christ, is knowing that other people have that as an anchor and a form of healing, because you’re talking to a person that went to the hospital and back. Now you see the measured nature—being able to let the child take the driver’s seat but still be measured.

On his support for Trump:

I didn’t intend for anything except to speak my mind and express how I felt. I have no intention other than to be free, and I don’t intend to be free—I just simply am. 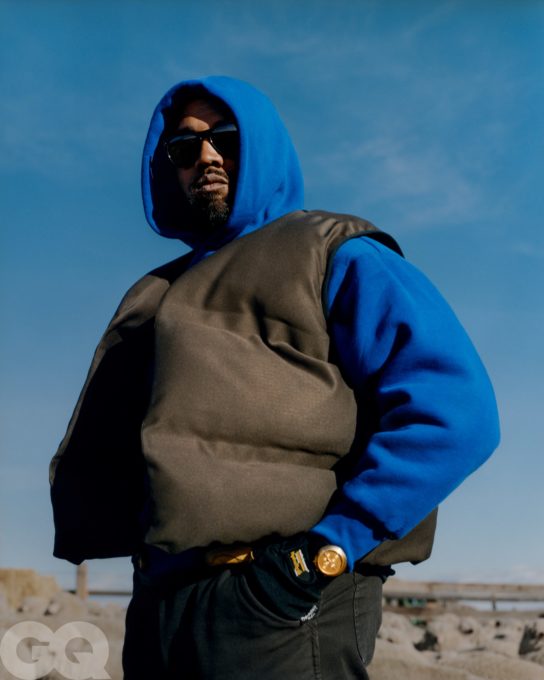 On people’s criticism around “How could the guy who gave us the gift of ‘George Bush doesn’t care about black people’ now do this?”

Black people are controlled by emotions through the media. The media puts musicians, artists, celebrities, actors in a position to be the face of the race, that really don’t have any power and really are just working for white people. When it’s said like that, it’s kind of obvious, right? We emotionally connect to someone of our color on TV and feel that this person is speaking for us. So let me say this: I am the founder of a $4 billion organization, one of the most Google-searched brands on the planet, and I will not be told who I’m gonna vote on because of my color. Now, if that speaks to you, cool. But I’m speaking for myself.

I buy real estate. It’s better now than when Obama was in office. They don’t teach you in school about buying property. They teach you how to become somebody’s property.

Whether he’s voting this time:

No, I’m definitely voting this time. And we know who I’m voting on. And I’m not going to be told by the people around me and the people that have their agenda that my career is going to be over. Because guess what: I’m still here! Jesus Is King was No. 1! I was told my career would end if I wasn’t with her. What kind of campaign is that, anyway? That’s like if Obama’s campaign was “I’m with black.” What’s the point of being a celebrity if you can’t have an opinion? Everybody make their own opinion! You know?

Well, it’s good that we found out about all of those awards shows that partially led me to alcoholism. Whistle been blown, you know? Imagine My Beautiful Dark Twisted Fantasy and Watch the Throne [being eligible] the same year and neither of them being nominated for Album of the Year. Imagine doing The Life of Pablo and driving down the road and never hearing none of those songs on the radio and your wife and your daughter are in the car. 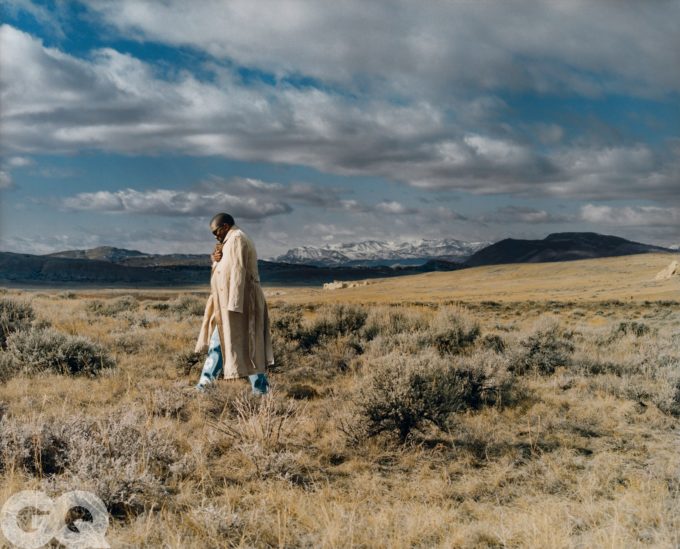 I was thinking of not rapping again, because I rapped for the devil so long that I didn’t even know how to rap for God. Then one of my pastors told me, “My son just said that he would want a rap album about Jesus from Kanye West.” He didn’t say, “Kanye West, you should do this,” or “you need to do this.” He just told me something that a child said. And that one thing made the difference.

One day I was in my office working on the couture collection, and there was some Grey Goose in the fridge and I was just going to get a daytime drink, and I looked and thought, “Devil, you’re not going to beat me today.” That one statement is like a tattoo. I haven’t had a drink since I realized I needed to take it day by day, but I never owned up, or was even told, “Hey, you’re a functioning alcoholic.” People have called me a crazy person, people have called me everything—but not a functioning alcoholic. And I would be drinking orange juice and Grey Goose in the morning.

On using his phone to record:

I just rap into my iPhone. Best microphone on the planet. Thirty, forty percent of The College Dropout was recorded on a [Roland] VS-1680. Twenty percent of Jesus Is King was recorded on an iPhone. Yes. I first started doing that on Yeezus. Like Closed on Sunday, you’re my Chick-fil-A—that part is off the phone. 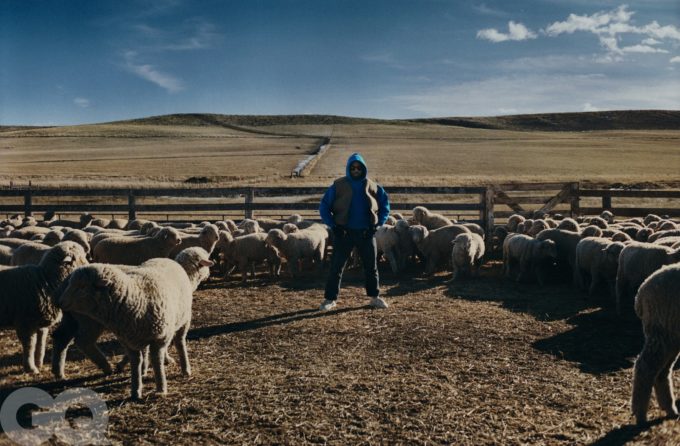 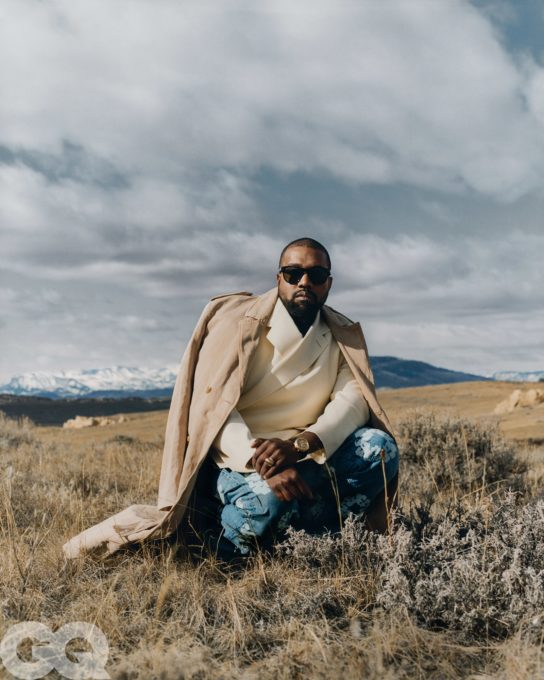