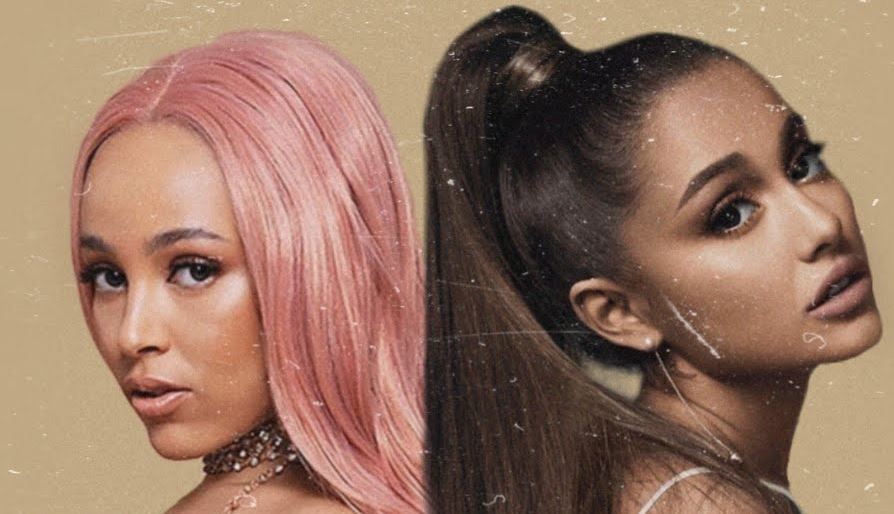 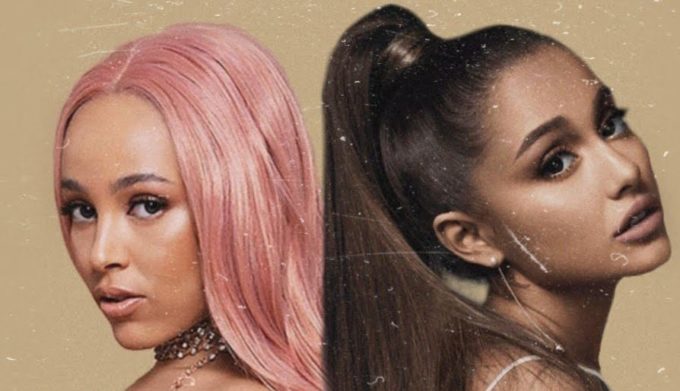 It looks like she has another superstar collaboration on the way that could do damage on the charts as well. Ariana Grande chatted with Zane Lowe on Apple Music today where she spoke about her ‘Stuck with U’ collab with Justin Bieber, quarantine times & how she’s dealing with it creatively, and more.

During the conversation, Ariana revealed to the host that she has done a song with Doja Cat which will hopefully come out later when things are normal again. “I love her. I was able to work with her earlier this year on this song that I want to save for whenever it’s time again, to drop,” the singer said.

Ariana Grande says she has a song done with @DojaCat pic.twitter.com/k5MpuCv7fH

“But I love her so much. I love her personality. I love what she brings to the table musically. She’s just such a breath of fresh air. I think she’s brilliant and so talented,” she added.

In rest of the conversation, Ariana talked about love for artists like Tinashe, Fiona Apple, SZA and others. She also didn’t shy away from stanning for Rihanna. “I listened to Anti every day. I think it’s time I need it [her new album]. You know what I mean? Sorry. She’s going to hate me for saying that, but I want it so bad. I get it. I appreciate it. Can you just post it and then just leave and then go back to work. And I’m buying the undies. I’m buying the makeup. I’m streaming Anti I’m streaming Unapologetic. I’m streaming Loud. Every day I really am. And I’m being patient and I’m supporting, but I just need you to hit send and just post it and just let us have it. You know what I mean? I’m so angry because I hate when people say this to me, but now that I’m saying it to her, it’s fine.”