The Weeknd & Doja Cat Tease Official ‘In Your Eyes’ Remix 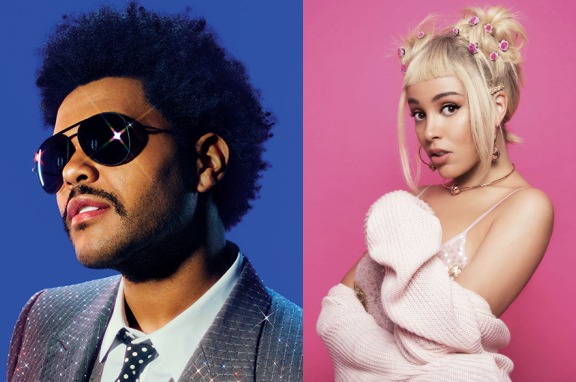 One of the fan favourites on The Weeknd’s new album After Hours is ‘In Your Eyes’ and it’s also one of the tracks that the singer chose to shoot a video for. He put it out back in March and you can watch it here.

Doja Cat is on fire right now. She just topped the charts with her ‘Say So’ remix featuring Nicki Minaj and has been working with Ariana Grande. It looks like she might have just revealed her next move too.

On Twitter, the rapper hilariously revealed that she is on the official remix of The Weeknd’s ‘In Your Eyes’. Check out the poll she put out to tease the announcement along with The Weeknd’s tweet confirmation below.

Which one of these artists have I collaborated with and will be releasing the song to very soon?