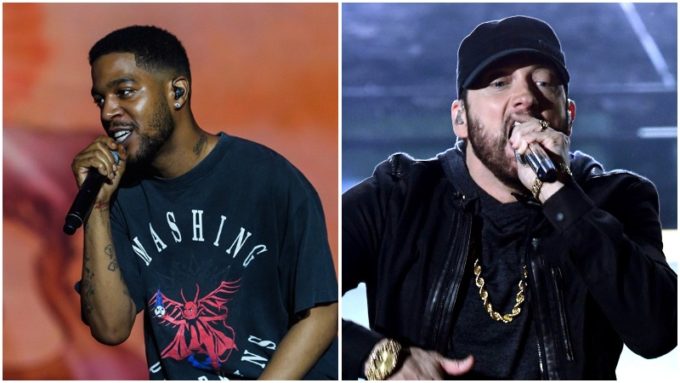 Well, this came out of nowhere. Kid Cudi has announced that his new single titled ‘The Adventures of Moon Man and Slim Shady’ features none other than Eminem.

Back in May, the singer-rapper had tweeted Eminem with “rap God. Help!” and many thought something was probably brewing between the two. However, this announcement certainly comes as a big surprise.

The message was delivered by Cudi’s daughter Vada on his Instagram. The song drops this Friday, July 10 but there’s no word if it’s taken from his forthcoming album Entergalactic. Last month, he announced that he was starting his own podcast.

And now a word from Princess Vada the chosen…