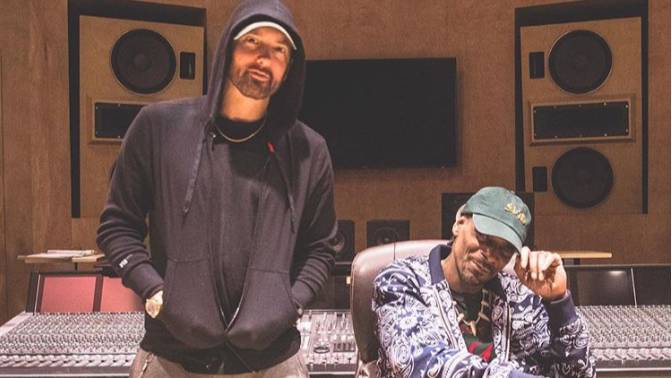 Snoop Dogg was the latest guest on a virtual edition of The Breakfast Club with DJ Envy, Charlamagne Tha God and Angela Yee.

The rap legend always has plenty of stories and in this interview too, he told the hosts many entertaining tales including an instance where he almost made an album called “F*ck Death Row.” He also talked about therapy, breaking cultural and territorial boundaries, Kanye West, Gayle King, East Coast vs. West Coast, Jay-Z writing the entire ‘Still D.R.E.’ track and much more.

Around the 15 minute mark, Snoop talked about Dr. Dre’s genius and how he discovered Eminem. He went on to say that although he respects Em, he doesn’t figure in his top 10 greatest list since he can’t come close to legends like Rakim, LL Cool J, Ice Cube, Big Daddy Kane and KRS-One.

Interestingly, even Eminem didn’t have Snoop in his personal GOAT list that he mentioned last month. Watch Snoop’s full interview below.