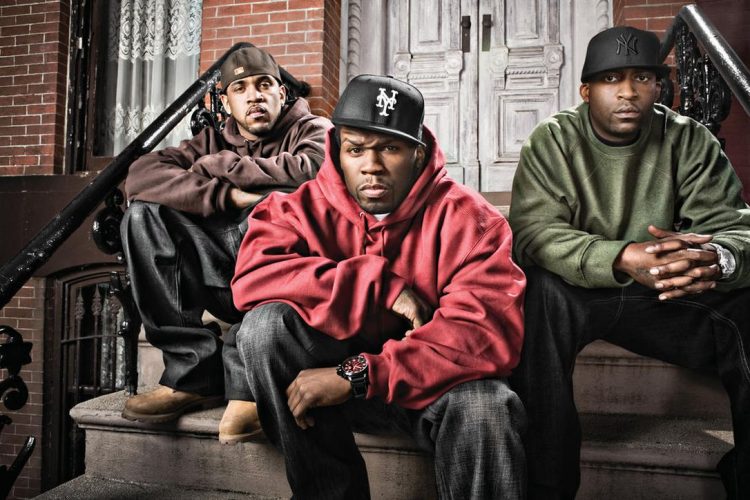 It seems like the way things have gone within the G-Unit camp, has certainly left a bad taste with 50 Cent.

50 recently chatted with his old time DJ Whoo Kid over Zoom where he talked about his upcoming TV shows, past beef with Fat Joe, thoughts about return to music and more. At one point, Whoo Kid suggests that 50 should also do a movie or documentary like the recently aired Ruff Ryders Chronicles on BET.

“There was NWA, there were all these Tupac movies, is there gonna be a G-Unit movie? Like everybody. Or you’re going to wait to fix everything among the clique first?” asked Whoo Kid. A frustrated 50 answered, “nah, I don’t care to do that.. I’d like to forget the G-Unit.”

Whoo Kid was obviously taken aback by the response and reminded 50 that fans all over the world will never let that happen as the moments that 50, Lloyd Banks, Tony Yayo and Young Buck created in the past were legendary. 50 then alluded to the fact that he helped the other artists in the crew much more than he should have. Watch the clip below. In his latest book Hustle Harder, Hustle Smarter released in May, 50 had explained his disappointment in the “unfulfilled potential” of Lloyd Banks and Tony Yayo.

Just before that segment, Whoo Kid asked 50 when we can expect new music from him. The rap mogul reveals that he’s created a “vintage” sounding theme song for the upcoming Power Book III: Raising Kanan TV show on STARZ. The show is set to resume production soon and expected to debut sometime in 2021. Watch the full interview below.

It was announced a few days ago that 50 Cent will produce a TV show starring T.I. called Twenty Four Seven at CBS.