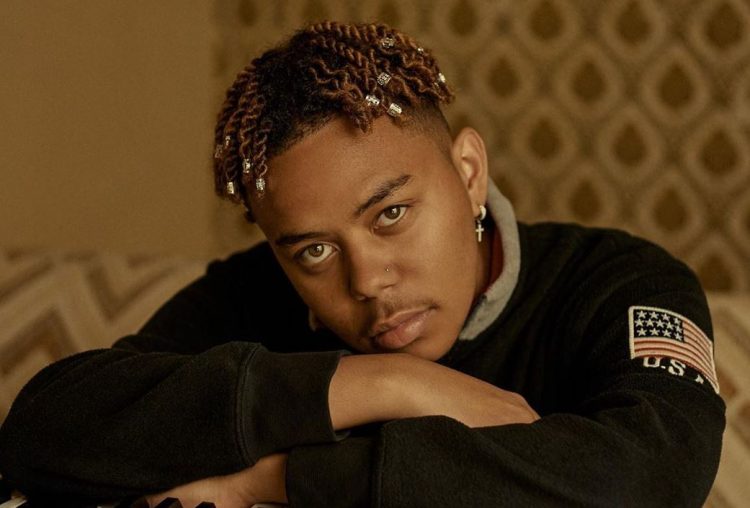 Cordae took a little break from releasing music for a while but he is back in the mix, doing some promo here and there.

The L.A. based rapper recently released his new singer ‘Gifted‘ with Roddy Ricch which became an instant fan favorite. Cordae is now working on his sophomore album, the follow-up to the highly acclaimed and Grammy nominated debut, The Lost Boy.

While still following quarantine measures, Cordae recently phones into Zane Lowe’s show on Apple music where he discussed reconnecting with his roots during quarantine, being a student of the game and respecting those that came before him, his creative process and self-producing, who he is influenced by, his favorite rapper-producers and more.

Not many know but Cordae actually produced a lot of his debut album, with some help from other established producers. So Zane Lowe asked him who his favorite rapper-producers were. “Kanye West, Eminem, Travis Scott, obviously Pharrell,” he named before going into some of the other producers he loves: Timbaland, J Dilla, Just Blaze and Dr. Dre. “So always it’s a part of the music, because I’m like, whenever I do a song I’m super connected to it. So, I just want to be a part of all songs, all parts of the song and the production side of it, the actual beat is super important,” he added.

He also discuss his creative process about how he comes up with vocals over the beats that he picks. “I’ll know it’s for me. And then sometimes I’ll sit with it, I’ll be like, okay, I know this beat is super ill, but I’m just not in the vibe right now to create something to it. So I can save it for a couple months or weeks or whenever I’m feeling like, oh sh-t.”

The rapper also called Travis one of his biggest inspirations. “Travis is one of my inspirations, for sure. Just how creatively he does everything, you know what I’m saying? Musically, and just everything that revolves around the music and his production, is obviously insane. And so “90210,” I remember when that came out my freshman year of college. So jus, listening to music always takes you back to just certain times in your life.”

Cordae recently addressed his departure from the YBN crew saying that “sometimes you grow apart.”