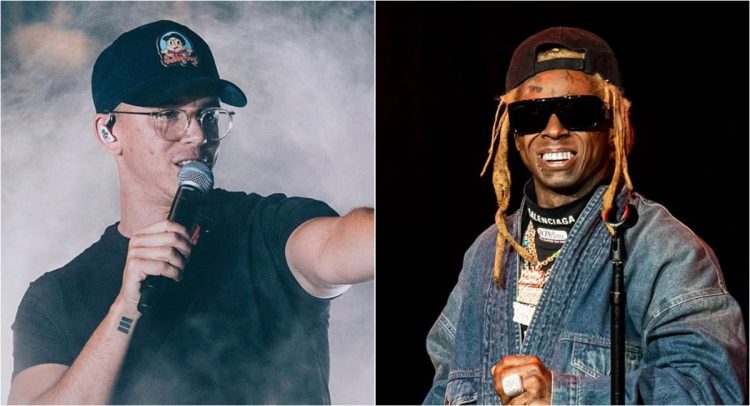 Logic has revealed that he’s having some trouble with the label regarding a remix to his song ‘Perfect’ with Lil Wayne.

The timing of Kanye West’s rants against Universal Music and the associated labels might be questionable but at the end of the day, many artists have come forward with support of the rapper’s campaign to win back more ownership of their work. Logic is the latest artist who has expressed his frustration with his label, Def Jam Records. Both Kanye and Logic are signed with the same entity.

In a quoted tweet, Logic revealed that Def Jam’s refusal to pay Lil Wayne for his feature on a potential remix to his song ‘Perfect’ is hindering with the official release. “I feel you, Def Jam ain’t tryin a pay @LilTunechi his fee so I guess the perfect remix aint coming out,” said Logic who recently released his “final” album No Pressure.

I feel you, Def Jam ain’t tryin a pay @LilTunechi his fee so I guess the perfect remix aint coming out…. owe a few of my folks they money honestly. https://t.co/Syrpnj56zr

‘Perfect’ serves as the latest promotional single off Logic’s album, currently being pushed on radio and elsewhere. “Owe a few of my folks they money honestly,” he continued, hinting that he will end up paying some of his collaborators their due money from his own pocket.