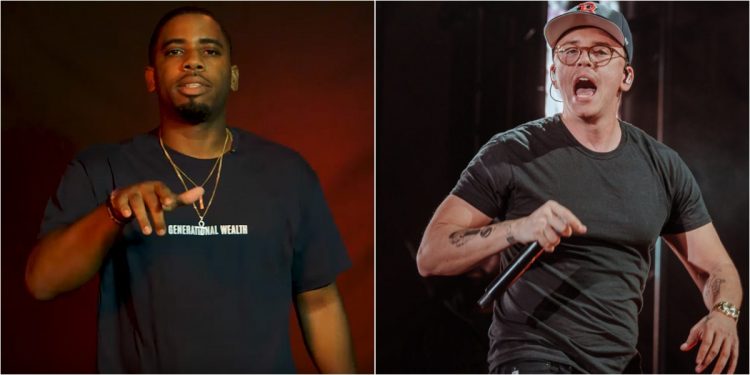 One of the most unexpected conflicts in rap that has emerged this year is between Reason and Logic.

It all started when the TDE rapper dropped his new song ‘The Soul Pt. 2‘ the other day, serving as a sequel to his 2 years old original. On the song, he rapped, “N***as pronounce my name wrong, tell me that I ain’t did much, See y’all mistake my name for Logic’s, y’all got me fucked up/How you compare a n***a that take from the culture/Versus a n***a that’s for it? This sh*t getting boring.”

Reason is obviously referring to Logic being a culture vulture but the motive behind the lyrics isn’t clear at all. After fans began to talk about the shots fired at Logic, Reason took to Twitter to address it. “I’ll talk about the logic thing if necessary later,” he said. “But I do wanna make clear I didn’t wait til he retired to take a shot. I wrote this shit a year ago. That’s corny to do that now after he’s announced retirement. Take care, enjoy the music!”

Interestingly, he later took down the tweet with no further explanation. But we now have a response from Logic. The Def Jam rapper announced a while ago that he will stay away from social media as much as possible but will be taking his talents to Twitch to engage with fans, as part of a “7 figure” partnership with the streaming company.

#Logic has reached to TDE rapper Reason’s recent diss on his song ‘The Soul pt. 2’. Logic says he doesn’t even know who that is.

During a late night session on Tuesday, Logic responded to a fan question about his thoughts on Reason’s diss, saying that he doesn’t even know who that is. “Did Reason diss you on his new song? I don’t know who that is,” he said. Watch the clip above.