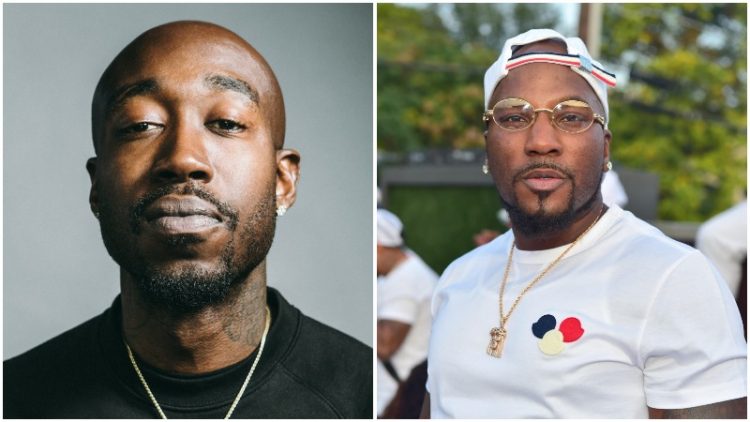 Things are still not good between Jeezy and his former artist Freddie Gibbs.

Jeezy released a new song tonight ‘Therapy for My Soul‘ from his upcoming album The Recession 2, dropping this Friday. On it, he has addressed his past beef with Gibbs, saying that he invested a lot of money in him and that there was nothing “gangsta about” the rapper. He raps:

“When that shit went down w/ Gibbs I couldn’t trust him
invested by hard earned money, tied up my bread
but he gon try n tell you I’m flawed, that’s in his head
This happened jus the way I said it, good on your own
& if I’m being honest nothing gangsta about ya, leave this alone”

Freddie was quick to respond to Jeezy on Twitter, quoting a tweet, saying “BMF put U in a headlock in front of me. U gotta come harder than this snow flake. @Jeezy” In another tweet, he called him “big mad” and made fun of a tweet from Jeezy from April where he made a Tik-Tok style video.

BMF put U in a headlock in front of me. U gotta come harder than this snow flake. @Jeezy https://t.co/0EcAnMQZ2y

@jeezy nigga smoked yo partner and u bout to sit in the room and do a verzuz wit him. Don’t talk no street shit to me fam.

Back in June, Freddie called Jeezy “musically irrelevant” but Jeezy did not care to respond to it. “Young Jeezy is musically irrelevant, let’s be real dawg, did you listen to his last album or f*ckin didn’t?” he asked the host during an interview. “I love fam, I love bro, he’s a legend but right now, you’re irrelevant,” he added.