Here Are The Most Streamed Artists of 2020: Drake Tops The List 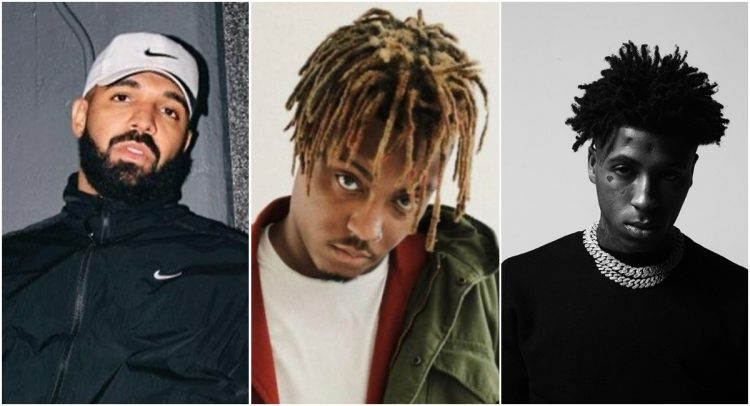 Two of the leading streaming platforms, Spotify and Apple Music have released their year-end streaming charts but who made the list overall across all services?

We now have the list of the most streamed artists of 2020 in the U.S. Drake tops the list with 5.6 billion streams, thanks to his past hit catalog, the solid side project Dark Lane Demo Tapes and the smash ‘Laugh Now Cry Later’.

Juice WRLD comes in at the number 2 spot on the year-end chart. His posthumous album Legends Never Die earned the second biggest debut of the year with 497k units and his past catalog also got a boost following his untimely death last December. He earned a total of 5.3 billion streams across all platforms in 2020.

NBA Youngboy did 4.6 billion streams last year which is no surprise because as many as four new projects by the Baton Rouge rapper were released on DSPs: Still Flexin, Still Steppin, 38 Baby 2, Until I Return and Top. Three of those topped the Billboard 200 chart upon their debut.

The rest of the top 10 is made of Lil Uzi Vert, Post Malone, Pop Smoke, Taylor Swift, Lil Baby, The Weeknd and DaBaby. Take a look at the full list above via Hits Daily Double.