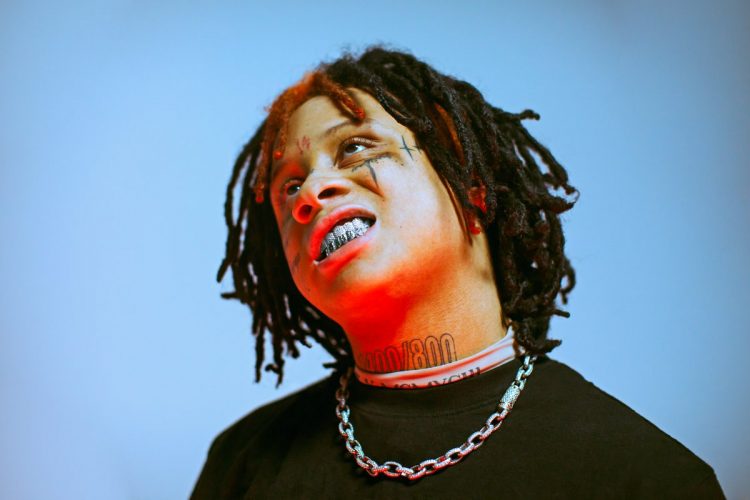 It looks like Trippie Redd is again a victim of a massive leak.

His new album Neon Shark, a deluxe edition of his last project Pegasus, has landed online in its entirety. It serves as a sort of disc 2 to his previous album and finds Travis Barker assisting on each track. The album reportedly went live on TIDAL at midnight on Friday but was quickly taken down. However, not before some fans managed to grab a hold of it and download all tracks. 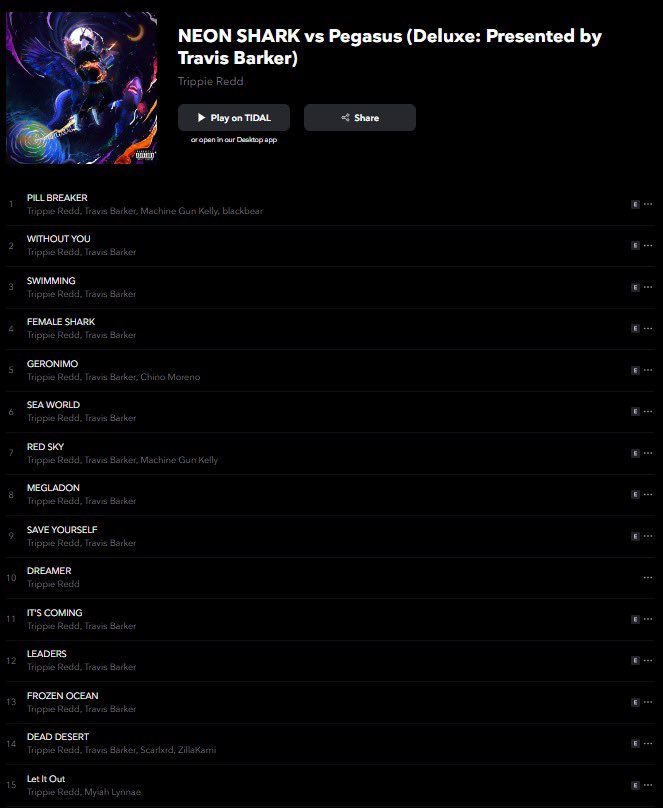 Neon Shark did not release on any other streaming service and once the listening link was disabled, it mentioned February 12th as the release date. As you can see from the screenshot above, it features collaborations with Machine Gun Kelly, blackbear and more.

This is certainly an odd situation as it’s not the first time that Trippie’s entire album has surfaced online. Even with Pegasus, the full project containing 26 songs leaked online two months in advance of the official release. Like previously, in this case, it doesn’t look likely that they will change anything with the tracklisting for the drop next month.