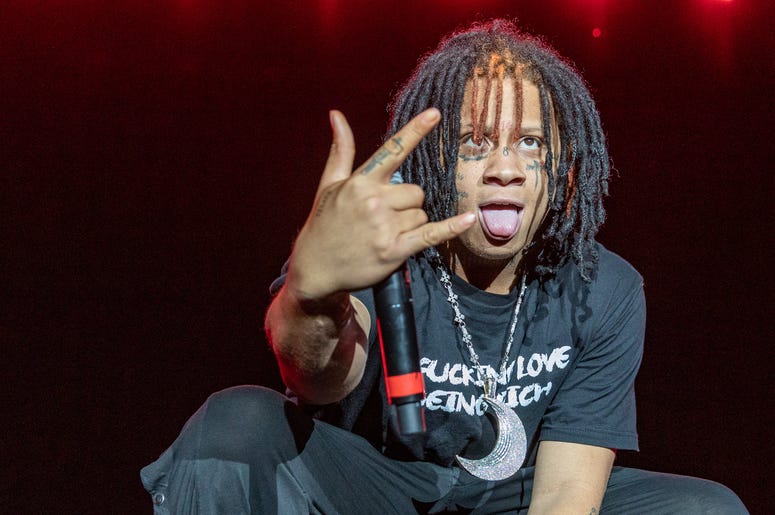 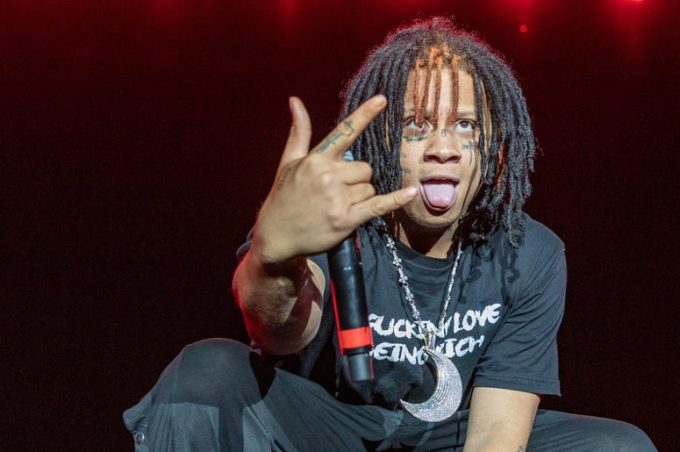 Trippie Redd is the latest artist who is a victim of a big music leak.

A full album from the emo rapper has ended up online featuring as many as 26 songs. Although the title of the album can’t be confirmed from the file that is floating around, it’s a known fact that Pegasus is the name of Trippie’s next album. On the set that has surfaced online, there are legitimate collaborations with Chris Brown, PARTYNEXTDOOR (on the already released ‘Excitement‘), Quavo, Future, Young Thug, Busta Rhyme, Lil Wayne, Swae Lee, Sean Kingston and more. 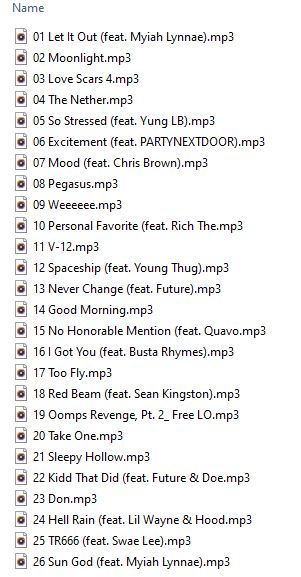 See the full tracklist above. Back in June, Trippie said on Instagram Live that he’s going to put some of the already leaked songs on the album and that the deluxe edition of it will be a Rock album. “What the f*ck I’m doing is dropping Pegasus,” he said. “And the deluxe is going to be the rock album. Cause that’s what I’m doing. If you have a problem with that, unfollow me. Don’t listen to the album. I don’t give a f*ck. My fans are going to listen to it, it’s still going to go number one.”

Fans obviously are very surprised at the development:

The ENTIRE "Pegasus" album by Trippie Redd has leaked….RIP 🤦‍♂️

mfs leaked pegasus by trippie. like, the full album LMAOOO

Back in June, City Girls’ full album City on Lock leaked online, prompting the Miami duo and their label Quality Control to release it officially a few days later.