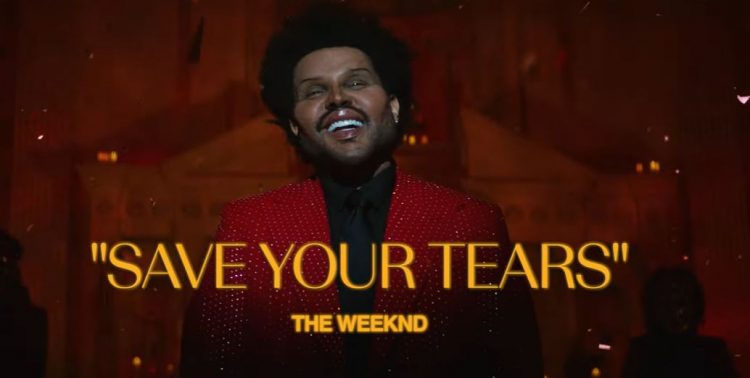 The Weeknd may have been snubbed in a major way for a GRAMMY this time but that doesn’t mean he didn’t have one of the biggest albums of 2020.

He continues to push his latest album After Hours with a music video for his latest single ‘Save Your Tears’, this time with his face swollen and injured in way that he almost looks like someone else. After walking around to the masked up partygoers, he invites one woman to the stage who holds a gun to his head.

The Weeknd returns to the stage, holds the gun to his own head and pulls the trigger but it’s all safe as only some confetti pops out of it. Watch the Cliqua-directed clip below. Last month, he dropped a remix of his massive hit ‘Blinding Lights’ featuring Rosalía.