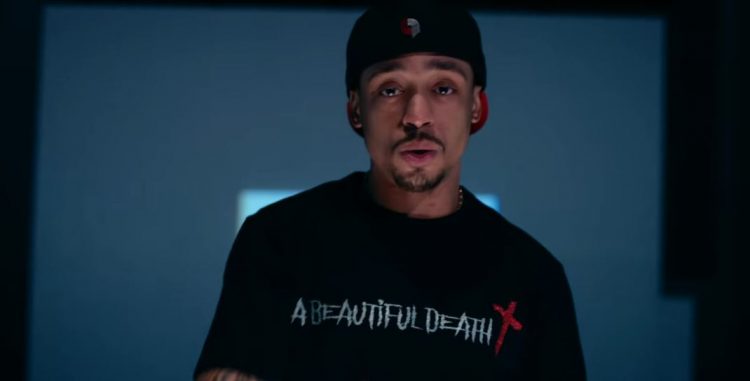 UPDATE (March 4): Cory has dropped the full project Tims N Hoodies. It features a mix of freestyles and original songs. Stream it below.

When Cory Gunz first gained popularity during the blog era (remember his guest verses on Lil Wayne’s ‘A Milli‘ and ‘6 Foot 7 Foot‘ ?), he was seen as one of the most promising emcees of his generation with huge potential.

But for some reason or another, he hasn’t been consistent with releasing music over the past few years. However, the Bronx rapper is now plotting a comeback with his upcoming project titled Tims and Hoodies which will be available tomorrow, March 3rd and mark his first full length since 2014. To build some momentum, he has unveiled the first single, ‘Different’ today where he showcases his prolific lyrical ability yet again.

“When I first heard the track, I immediately thought of aliens, it gave me an extraterrestrial vibe, which made me think of the title ‘Different,’ said Gunz in a statement to HHNM. “For the video, I was inspired by Busta Rhymes’ ‘Put your hands where your eyes could see.’ When you start to add in visual effects and stop motion, it can be cool or creepy. I like that.”

Watch the video directed by Upstate Groove below and stream the song on your favorite service here. Cory is also set to be a part of the upcoming Young Money compilation that was revealed by Lil Wayne over the weekend.