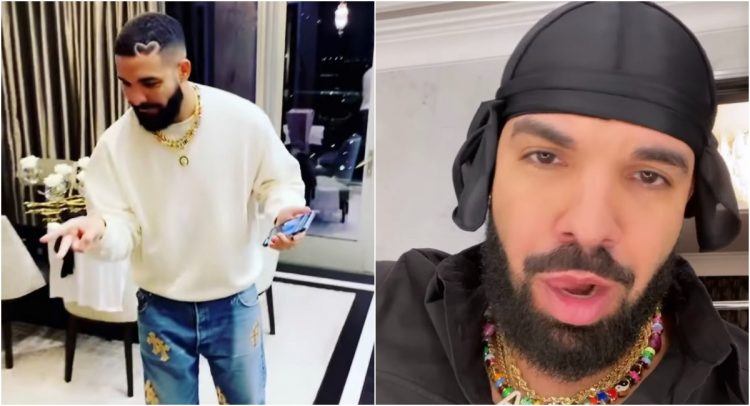 Drake created history on Monday when he became the first artist ever to have the top 3 song debuts on the Billboard hot 100 chart.

While ‘What’s Next’ has debuted at number 1, the other two tracks in the Scary Hours II package, ‘Wants and Needs’ feat. Lil Baby and ‘Lemon Pepper Freestyle’ with Rick Ross, entered the chart at #2 and #3, respectively.

With ‘What’s Next’, Drake adds his eighth Hot 100 No. 1 to the tally, while the three songs debuts have resulted in taking his total to a record-extending 45 top 10s. The Toronto superstar also joins The Beatles and Ariana Grande as the only acts ever to rank at Nos. 1, 2 and 3 on the Hot 100 simultaneously.

Of course that calls for a celebration. Drizzy held a private party to celebrate the big wins on Monday night in the company of his close friends which also included Quavo and Jas Prince. Drake even had Bow Wow up in there, saying in his Instagram stories that he “had to see Wizzle.. it wasn’t for you, there wouldn’t be me.” Watch more footage below.