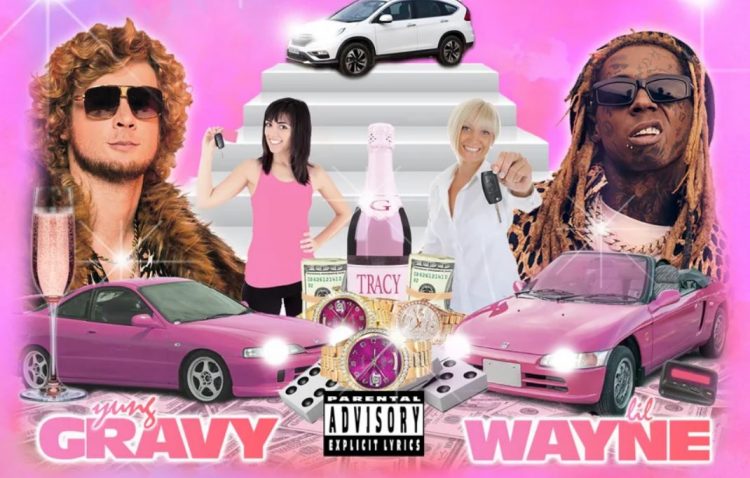 Lil Wayne has been feeling much lighter after his release from the Cash Money contract which means he’s been dropping new music and guest verses on others’ songs more frequently.

While he gets ready to release his next album Tha Carter VI, Weezy appears on the remix of Yung Gravy’s song ‘oops!!!’ today. The Rochester, Minnesota rapper, born Matthew Raymond Hauri, has had big success on Soundcloud with tracks like ‘Mr. Clean’ and ‘1 Thot 2 Thot Red Thot Blue Thot’.

Now with Wayne added to the mix, Grazy would be hoping to take the song even more mainstream. Listen to it below. In related Wayne news, he’s also working on a new Young Money compilation.