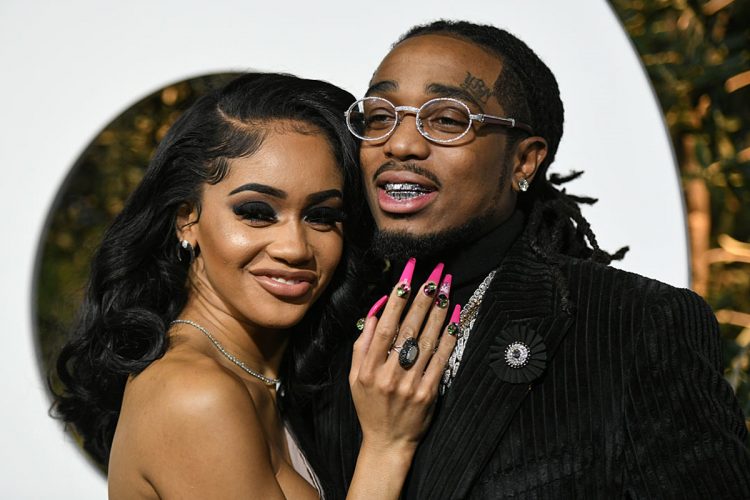 Quavo and Saweetie have managed to avoid any criminal charges against them in the elevator fight incident, the video of which leaked in March.

Law enforcement sources tell TMZ that the case was referred to the L.A. City Attorney’s Office, which declined to file any charges in the matter. Based on the evidence, which is a surveillance video of the then couple fighting in an elevator in an apartment complex in North Hollywood a year ago, there is no likelihood of any conviction happening.

Earlier reports suggested that cops wanted to talk to the both of them over the footage. Both Quavo and Saweetie have not made a big deal out of the video surfacing, which tells us that it was just an escalated situation between a couple rather than a harmful altercation.

“We had an unfortunate situation almost a year ago that we both learned and moved on from. I haven’t physically abused Saweetie and have real gratitude for what we did share overall,” Quavo said at the time. “This unfortunate incident happened a year ago, while we have reconciled since then and moved past this particular disagreement, there were simply too many other hurdles to overcome in our relationship and we have both since moved on,” Saweetie’s spokesperson said. “I kindly ask that everyone respect my privacy during this time.”

“I’ve learned that the world doesn’t stop for anybody,” Saweetie, 27, told W magazine in an interview released on Wednesday. “And it’s for sure not going to stop for me just because I got my heart broke. I was grateful to be doing the photoshoot. I was like, I can deal with all this later.”