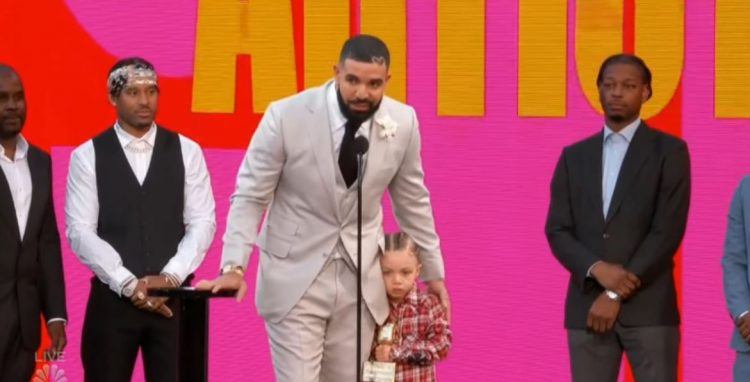 As previously reported, Drake is the artist of the decade at the 2021 Billboard Music Awards.

Drake holds the record of most Billboard Music Awards wins in history (27) — he won 12 of them alone in 2019. On the Billboard charts, he has the most Hot 100 top 10s (45, to-date) and overall entries (232). The award for Artist of The Decade was presented to the Toronto superstar on Sunday night at L.A.’s Microsoft Theater.

Drizzy chose his close family and OVO team made of Chubbs, Future The Prince and others as the presenters of the award. Up on the stage to receive the award was also the rapper’s son Adonis. In his informal speech, Drake thanked his supporters, close collaborators and fellow musicians for inspiring his artistry. Watch it in its entirety below.