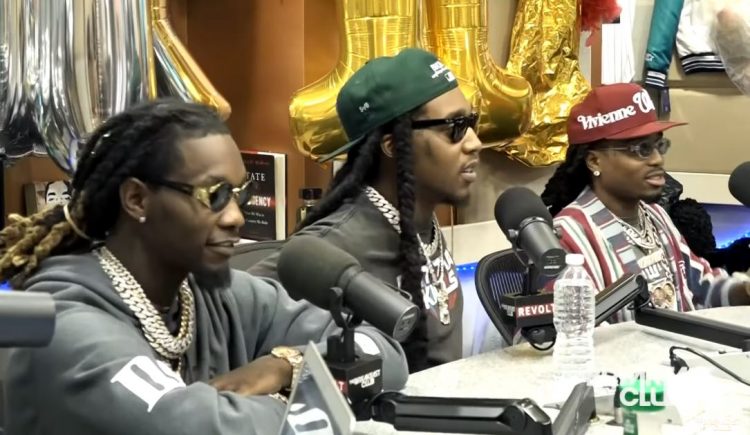 Migos are currently promoting their new album CULTURE 3 which is on course to move about 125k copies in the first week for a #2 debut on Billboard 200.

Following the release of ‘Why Not’ music video yesterday, the trio made of Quavo, Takeoff and Offset stopped by The Breakfast Club today morning to talk everything about their album. They explained how songs make the cut on the album, revealing that they have close to 600 songs in the vault.

Migos also spoke on their thoughts on the Mouth Rushmore of Atlanta, why they are the greatest group of last decade, upcoming individual projects, Offset’s upcoming streetwear competition series ‘The Hype’ on HBO Max, Offset changing with fatherhood, relationships, and more. Watch it below.