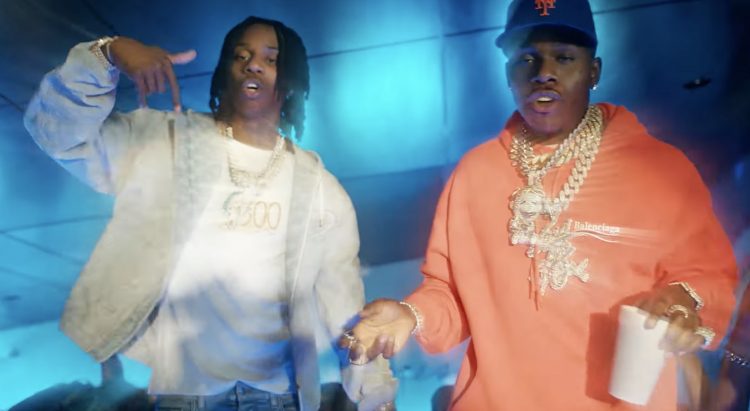 Polo G released his Hall Of Fame album this past Friday and it’s really been a breakout moment for him (despite the tough times). He released it the same day that Migos released CULTURE III and fans expected it to place behind them on the charts, but the projections show that Polo is actually set to debut at #1 this week. The gap has tightened and the race is on.

Tonight, Polo G links back up with DaBaby so that the pair can drop a video for their collaboration ‘Party Lyfe’. The visual is directed by Arrad Rahgoshay who has done a bunch of big videos including Polo G’s ‘Rapstar’ and a bunch of songs for Tyga.