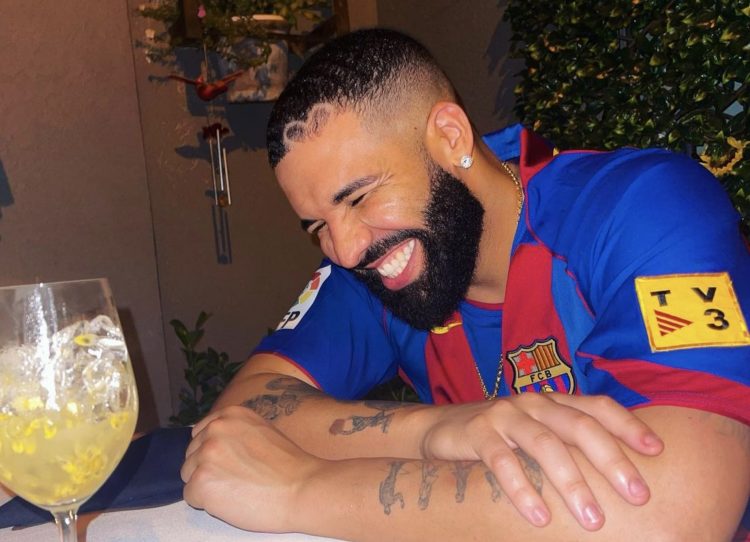 Drake set social media on fire this morning by not only confirming the September 3rd release date for Certified Lover Boy, but putting out the official artwork, which was polarising to say the least. You can check it out here.

Tonight, Drizzy once again takes to his Instagram to promote the album a little bit more. This time, he posts two images on his story of billboards in Toronto featuring some new lyrics of his. It’s nothing new for Drake to advertise around city during album times. He did the same thing for Scorpion with billboards like “don’t hit me when you hear this” from ‘Emotionless’ and “a side, b side”, alluding to the fact that it was a double-disc album.

This time around, it looks like both of the billboards contain never-before-heard lyrics.

The first says “should’ve said you loved me today because tomorrow is a new day” and the second says “I don’t miss… let alone miss you”. Both billboards contain the CLB logo in the bottom right corner.

You can check out both of the images below. It’ll be interesting to see if there’s anything we can decipher about the LP on any more that may pop up. He has since posted a shirt on his IG story which says “something other than me has got to give”, so there’s a good chance that’s a lyric too. 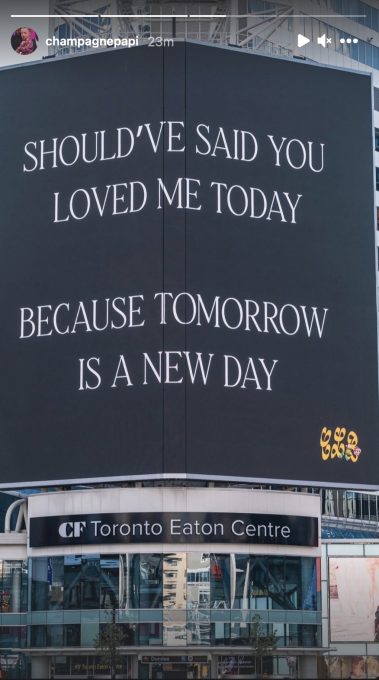 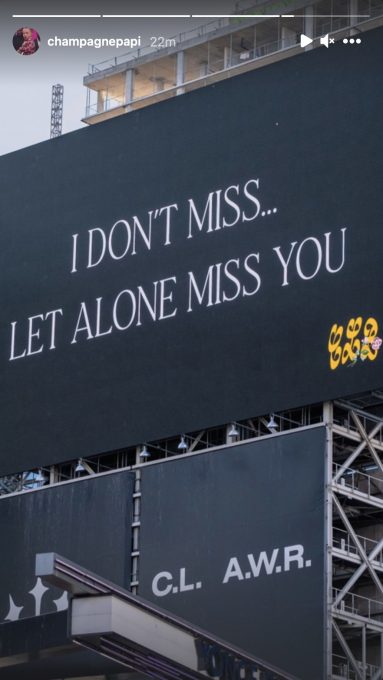 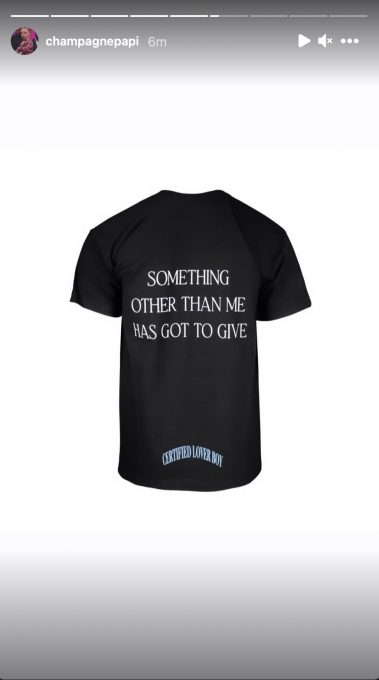