Rick Ross Shares Text From Drake: “Everything Is Unfolding.. I’m About To Be As Free As A Bird” 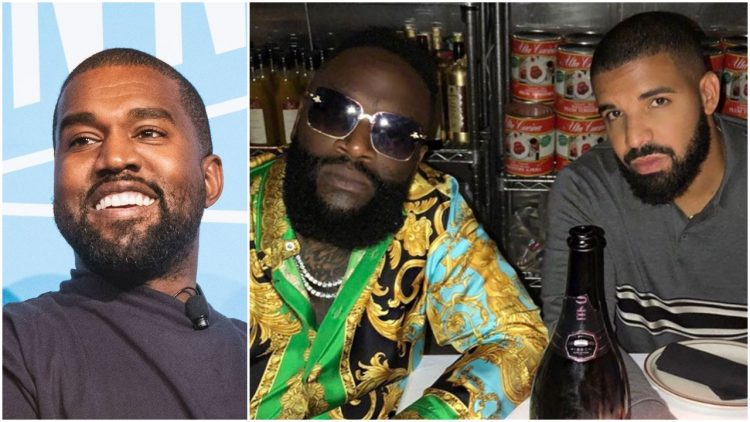 Rick Ross is currently doing promo for his new book The Perfect Day to Boss Up: A Hustler’s Guide to Building Your Empire which will be out everywhere on September 7th. One of the shows he did was SiriusXM Urban View’s ‘The Mike Muse Show’ and on the show, Mike Muse asked him about Drake and Kanye West’s feud, seeing as though he’s worked extensively with both of them.

“I love it” Ross replied. “I spoke with Drake last night, I love it”. Ross went on to reveal that after the pair hopped off of the phone, Drake sent him a text. It read “Everything is unfolding… I’m about to be as free as a bird 🦉”. Yes, the owl emoji included.

Ross revealed that he responded laughing, adding on that he understands the genius of both Drake and Kanye and that this is nothing personal between them and it’s all creative.

Drake’s text is up for interpretation, but it seems to be a nod to his confidence with Certified Lover Boy and acknowledgement of him going head-to-head with Ye’s DONDA. Ross seems to think the same thing, because he alludes to Kanye posting Drake’s address the other night as “them getting ready for, as Drake said, everything unfolding.”

In the interview, Rozay also talked about the significance of Kanye West’s listening events at the Mercedes Benz arena in Atlanta and more. You can watch the clip above (swipe to watch the video).