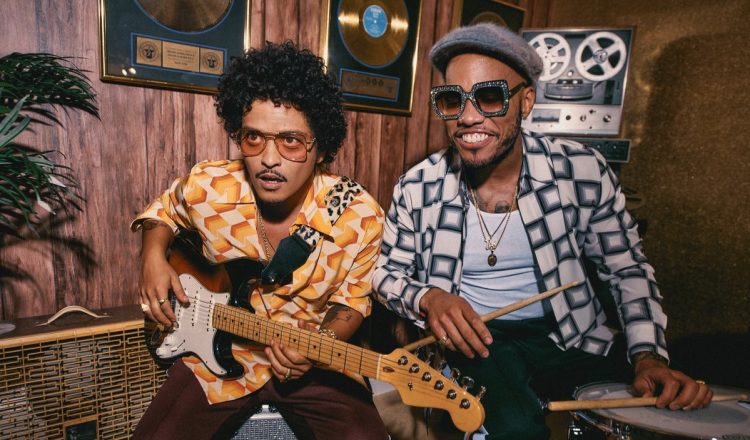 We all have been waiting for Silk Sonic to deliver their debut album. Fans had been looking forward to some kind of news on the album when Anderson .Paak and Bruno Mars finally dropped their follow up single to the smash ‘Leave The Door Open‘, ‘Skate‘.

But it turns out, we would have to wait a bit longer to hear the full album from the dynamic duo. The two musicians have revealed in an interview with Rollingstone that their debut LP, An evening with Silk Sonic will now arrive in January 2022 instead of Fall this year.

The duo says that they want to put out more songs before the release of the full album, letting “each one breathe a bit.” Bruno added: “I don’t want to be binge-watched.”

“We’re really in touch-up mode now,” the singer says. “We’ve got the bones of most of the album, so it’s really about touching up parts that need a little more.. grease.”

“We’re not there. We were there. We had some moments in the danger zone! I think we put the pressure on ourselves by putting out ‘Leave the Door Open’ — but a deadline is important, because at some point, you gotta say, ‘This is it.’ Otherwise you’re gonna work it till you hate it,” he continued.