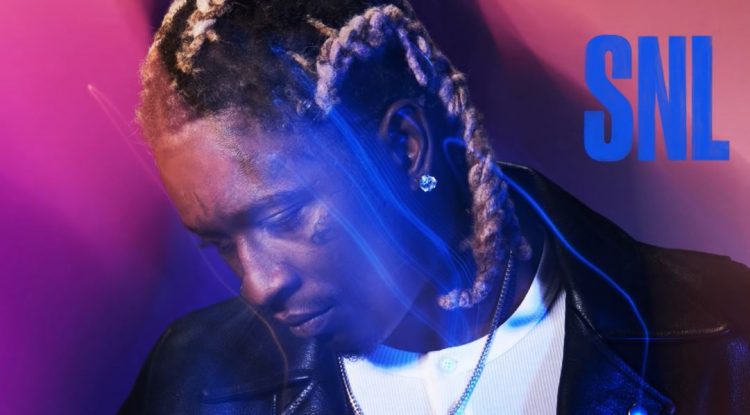 Young Thug is fresh off the release of his new album PUNK which is expected to move about 95k copies in the first week and in contention for a number 1 debut on the Billboard 200.

The rapper is trying his best to promote the album which wasn’t done as much as we had expected prior to the release. On Saturday night, he landed on Saturday Night Live on NBC to perform his lead single ‘Tick Tock’ as well as the standout ‘More Than Anything’.

On ‘Tick Tock’, he was joined by Travis Barker on the drums which came as a delight for fans. Watch his performances below. PUNK features high profile guest appearances from Drake, Travis Scott, Mac Miller, Juice WRLD, J. Cole, Future and more.