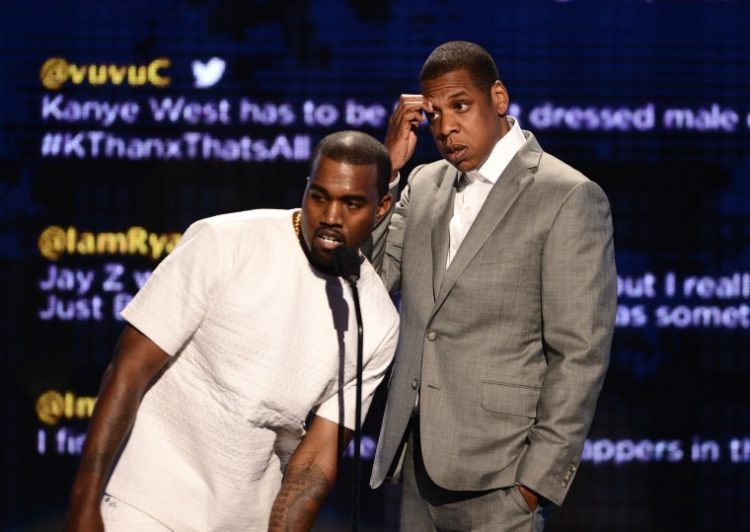 Kanye West’s comments about Just Blaze took some fans by surprise when he made them on the Drink Champs podcast. ‘Ye called the acclaimed producer a “copycat.”

“He gets credit for The Blueprint and I did the first half of the Blueprint and he just copied my half.. I mean look where he at today and where I’m at today,” Kanye continued. Just Blaze responded soon after, keeping his reaction classy and calling Kanye’s comments “unfortunate.”

Now the rapper who made The Blueprint has also reacted to Kanye’s disrespectful talk. Hov held a Twitter Spaces session on Friday to promote his new film The Harder They Fall where he addressed it, calling Kanye’s comment “unfair.”

“If you’re making an album, if you’re creating an album and the assignment is soul samples, everyone’s coming with soul. It’s not you trying to make a cohesive piece of music. I don’t think anyone was copying off anyone. You know Bink! has this problem and you know I think everyone created for the project,” he continued.

Jay-Z speaks on Kanye West being on the Drink Champs podcast, Just Blaze, Bink and the making of The Blueprint pic.twitter.com/xdKmvXaTs4

“But the thing was, the baby was The Blueprint and I think everyone should be prized for what we created. You know it’s in like — I don’t know what you call — at the Library of Congress or something. It’s like it’s something that we all should or you know their contribution,” he added. Listen to the audio above.