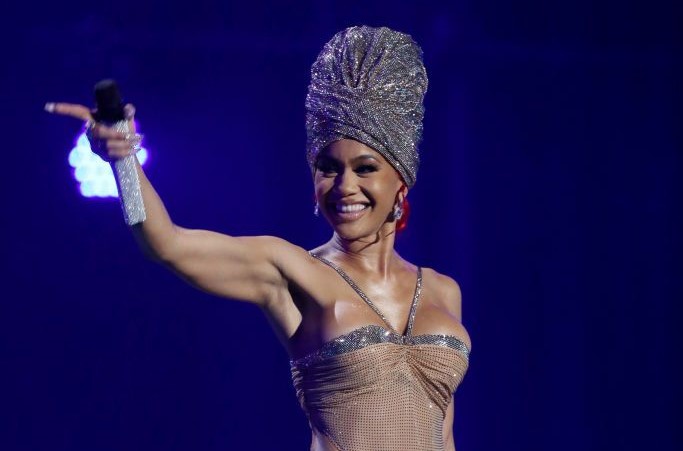 Saweetie seems to be in new music mode again.

The rapper contributes to the new Bruised soundtrack with the song ‘Attitude’. The soundtrack is executive produced by Halle Berry and Cardi B. But the Bay Area artist has also dropped a brand new single of her own named ‘Icy Chain’.

Saweetie continues her “Icy” branding on the song, although she switches her sound a bit. The short song runs for under 2 minutes and is available for stream below. During a recent interview at MTV Europe Music Awards, Saweetie said that her debut album Pretty Bitch Music has been constantly delayed because it “had no soul in it.”