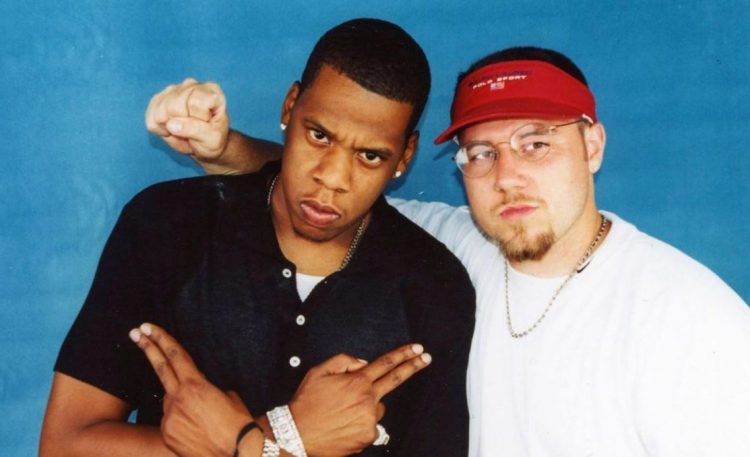 Jay-Z and Jonathan Mannion have failed to reached a settlement over Jay’s objection to the photographer’s alleged exploitation and selling the rapper’s photos without his consent.

It was reported last June that the rap mogul was filing a lawsuit where he claims that Jonathan Mannion and his company Jonathan Mannion Photography LLC were exploiting his name and likeness without permission. He alleged that Jonathan has his image and name all over his website where he sells photos and other items shot during the Reasonable Doubt era for thousands of dollars.

The two parties’ settlement talks have failed and the lawsuit will now head for trial. “Plaintiff Shawn Carter and Defendants Jonathan Mannion and Jonathan Mannion Photography LLC participated in a mediation before the Honorable Terry Friedman (Ret.) on January 5, 2022,” the court filing reads, according to documents obtained by AllHipHop. “The parties were unable to reach an agreement to resolve this case.”

The case will proceed in court and the trial date is scheduled for July 22, 2022 since the two could not come to an agreement to resolve the matter. 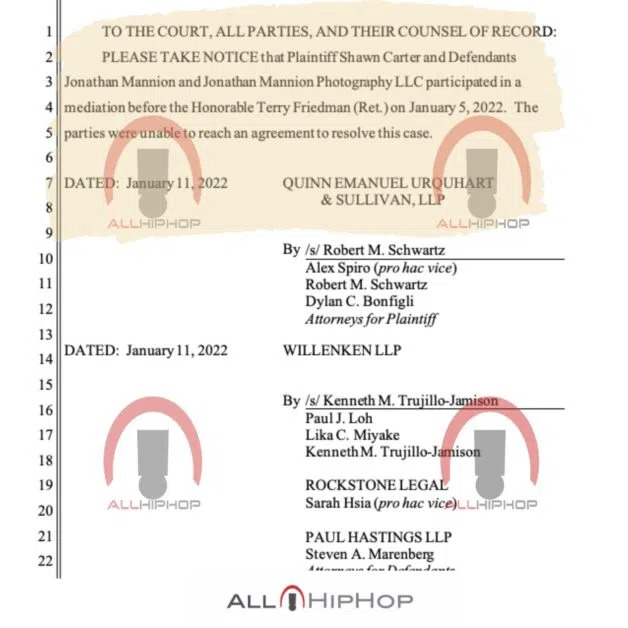 “It’s ironic that a photographer would treat the image of a formerly-unknown Black teenager, now wildly successful, as a piece of property to be squeezed for every dollar it can produce. It stops today,” Jay had mentioned in his original complaint.

Mannion had moved to dismiss the claims in August, 2021, calling Jay-Z’s filing a “vitriolic complaint filled with false insinuations of exploitation.” He argued the claims were preempted by the Copyright Act and precluded by the First Amendment.