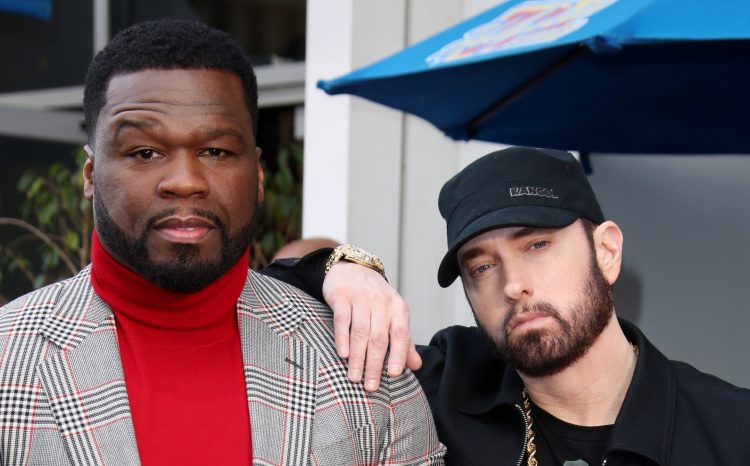 50 Cent’s upside surprise appearance at the Super Bowl halftime show made headlines all over the world.

The G-Unit mogul popped out of nowhere, dressed in an outfit reminiscent of the music video for ‘In Da Club’ as he performed the smash hit to a big cheer. 50 wasn’t on the original announced lineup of Dr. Dre, Snoop Dogg, Mary J. Blige and Kendrick Lamar (and other surprise guest Anderson .Paak)

Now a new report suggests that it was Eminem’s request to have 50 there. Page Six reports, citing sources close to 50 that his close friend made “made the request” for him to join the festivities in the halftime show, and that “he was happy to do it.” Of course, Dr. Dre would have to be happy making that programming change as well. And we’re glad it happened.

The rapper went to the NYC hot spot Sei Less “right from the airport” for a romantic Valentine’s Day dinner with girlfriend Jamira Haines, the report also says where several people including A Boogie wit Da Hoodie came to 50 to congratulate him on the performance.

In case you missed it, Dr. Dre streams on Spotify increased by 185% immediately following the halftime show.