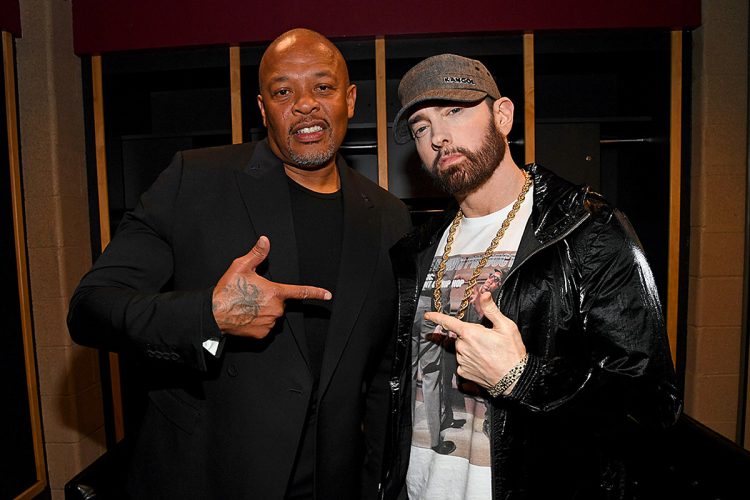 We have already reported how Dre’s overall streams on Spotify jumped by over 185% following the event with some songs earning an even bigger increase. Now it’s time to reap the benefits on the Billboard charts as well. His sophomore album 2001, featuring the standout single ‘Still D.R.E.’ has moved about 30k copies this week (which is less than 5 charting days) which will boost its chart position to inside top 10 of Billboard 200 album chart.

About 3600 of those are expected to come from pure sales — mostly digital like iTunes and Amazon. Eminem’s hits collection Curtain Call will see a similar increase, also moving around 30k copies and landing inside top 10 when the official chart is released on Sunday. Curtain Call, which features his Oscar winning song ‘Lose Yourself’ performed during Sunday’s big game, has been a consistent seller on the charts ever since its release back in 2005 via Shady / Aftermath/ / Interscope.

As reported before, 50 Cent’s surprise appearance during the show was reportedly his good friend Eminem’s idea.