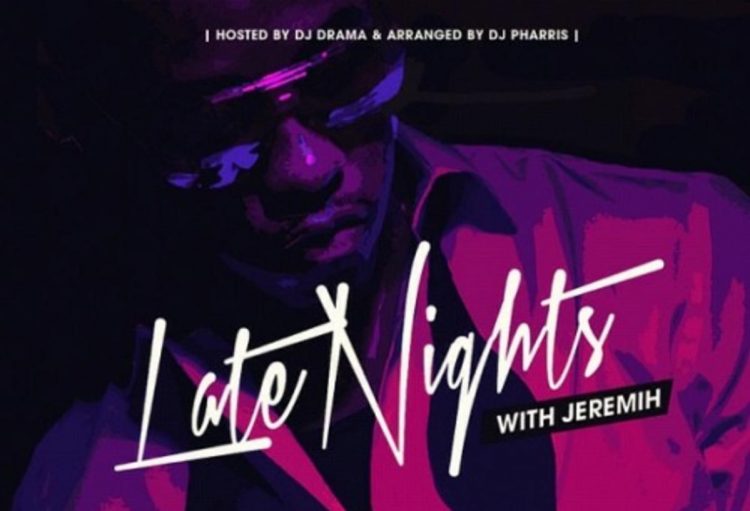 If you were around the blog era when great music was dropping on mixtapes, you must certainly know about Jeremih’s Late Nights with Jeremih.

The DJ Drama and DJ Pharris-assisted project was released on August 7th, 2012 as a prequel to his third studio album Late Nights: The Album (2015). The mixtape was an instant hit among fans with many songs being seen as album quality material. The tape featured guest appearances from Gucci Mane, 2 Chainz, Lil Wayne, Twista, Fabolous, YG, E-40, Willie Taylor and more.

Later tonight, the mixtape will release on streaming services worldwide for the first time ever (see pre-release Spotify link below), a demand from his fans since long. Listeners will also be happy to know that barring the track ‘Girls Go Wild’ (which later went to 50 Cent) and the YG feature on ‘Knockin’, every other song on the original has been cleared for the wide DSP release.

Late Nights: The Album remains the Chicago hitmaker’s last studio album release, although he did team up with Ty Dolla Sign for a joint project MIH-TY in 2018. Following a bad Covid scare in 2020, he seems to be back actively making music again, having recently helped 50 Cent for the Power: Force theme song ‘Powder Power Respect‘. Hopefully a new album is on the horizon.