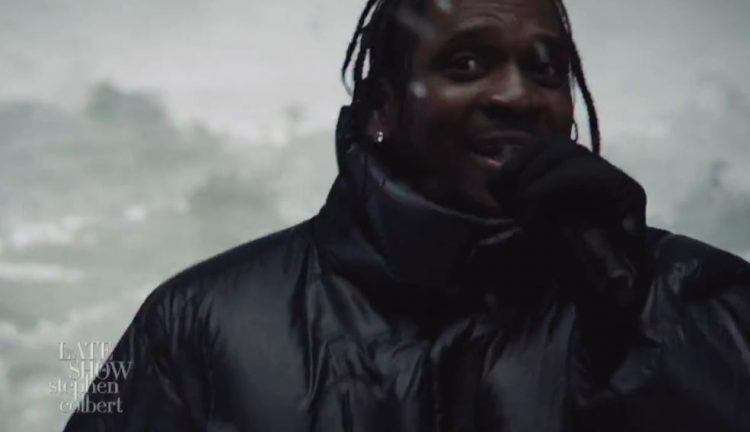 Pusha T is currently promoting his new single ‘Diet Coke’, the first taste off his forthcoming new album coming in the next couple of months.

Last night, he made his TV debut of the song on The Late Show with Stephen Colbert when he turned up in a snow set for a pre-taped performance. Watch it below.

Pusha also teamed up with Nigo for a new track called ‘Hear My Clearly’ last night which you can listen here. The rapper recently said that he has looked past his beef with Drake and that Jay-Z will appear on his upcoming LP.