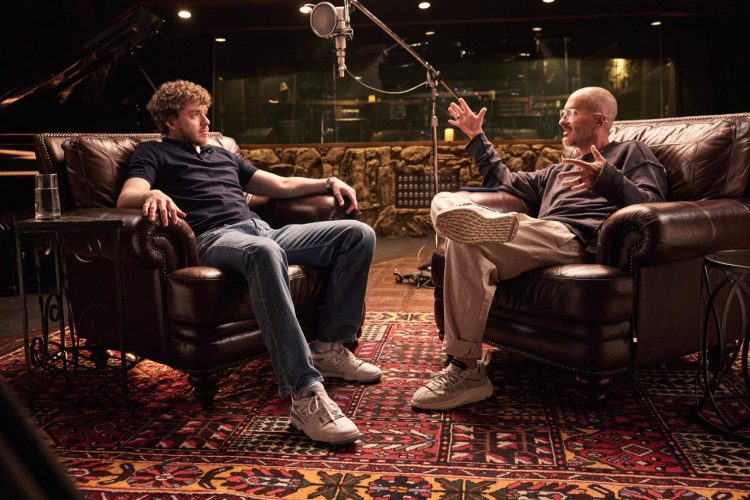 Jack Harlow’s new album Come Home The Kids Miss You is being streamed heavy right now and while we wait for the first week projections to come out later today, here’s a new interview he’s done with Zane Lowe for Apple Music.

The Louisville, Kentucky rapper has done an extensive conversation with the host where he talks about his childhood and humble beginnings, creative process, production and themes on the new album, becoming acquainted with fame, why humility is more important than ever, the blessings of financial freedom, curating his life on his own terms, his forthcoming acting role in the White Men Can’t Jump reboot an more.

He also discusses studying the blueprints of Drake, Kanye, and Jay Z, his relationship with Lil Wayne, collaborating with Drake, Snoop Dogg, and Lil Nas X, and more. Below are some quotes and the full interview.

On the talk that he’s an “industry plant”:

My career had very humble beginnings, that’s why anytime I see my name associated with anything like “industry plant”, it makes me so proud to really be able to say that I’m like, out of everyone in the game right now, one of the furthest from it. I didn’t skip any steps, bro, like I did steps none of these kids did. I talk about it on records, but I did open mics, I did South by Southwest, I did A3C, I did showcases with no one there. My first tour, I went to Madison, Wisconsin, did a bar with eight people in it, like I felt those feelings of not being the guy at all.Yeah, bravado on record, but then I’m going around and finding out I’m not the guy. I felt all, I did this, but it’s like you said, once you’re there in this bubble, and if people didn’t see any of that, they’re like, “Where’d he come from? Wow, he just got it dropped in his lap.”

On taking notes from people like Drake, Jay-Z and Kanye West:

We’ve had our talks. But more than anything, I just take notes from him [Drake] on his actions. He’s leaving a blueprint behind, you know what I’m saying? The same way Jay left a blueprint. Same way Ye left a blueprint. He’s creating a blueprint that you don’t have to… It’s not rocket science to follow. You can just see, okay, these are some great decisions. You just see it. And so I just pull from the playbook of all the legends where it resonates with me. Ye is a huge one for me, just resonates with me massively. I see what he did. But I think it all just comes from just being the route of just not being a street artist. Because it’s just something so traditionally street about this genre. And if you’re not street… I’m not the first artist to come through that isn’t that. And so inevitably I’m going to take notes. Any comparisons I see, it’s inevitable where there’s a cloth, you know what I’m saying? This is just what comes with it.

On why humility is important:

The world’s going to turn on me soon. “Jack Harlow is the likable guy” and everybody like… But there’s going to come a time when they turn on me. I don’t know what it’s going to be, I don’t know why. I’m not trying to manifest it either. But I’m just saying inevitably that’s what happens. I see sparks of it just like any big artist sees. But all the people that are championing me are going to turn on me. And now I have a good feeling that they’re going to turn back around. I’m starting to realize that humility is just more important than ever right now. Just keeping a hold of that because it’s a long way down if you get with the hype.

On financial freedom and taking care of ones around him:

I think my biggest concern right now is getting everyone I care about secure. And sadly, it’s just, it’s very financial. Taking the weight off people I care about shoulders feels really good in the most simplistic way. You can get gifts that are customized to people that show, hey, I know you. Don’t forget I know you. But making sure somebody’s rent is okay for that month, or for the next six months or something. That’s just, you can just liberate people. You know what I’m saying? I get so caught up in the stresses of how I want this to go and this and that. And sometimes I have to remind myself, I’m so liberated. I’m so blessed. It’s unbelievable what I do for a living. And the best part of having money is not thinking about money. It’s not about the cars. It’s not about the jewelry. It’s not about the flex. It’s about the security. It’s about being able to say, well, I don’t have to stress about that, because that is weighing so many people down. And yeah, just anytime I can give that to people I care about, it’s just to me, there’s few things better. But I’m sure I’ll keep discovering new ones.