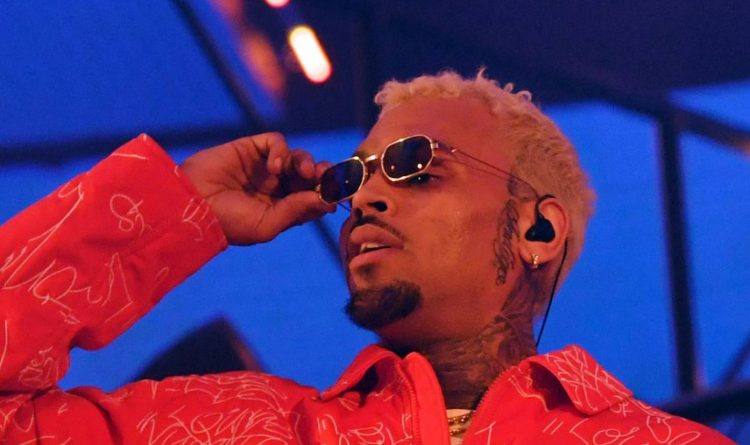 UPDATE: The album is out now everywhere. Stream it below.

The album is led by two singles ‘Iffy‘ and ‘WE (Warm Embrace)‘, in addition to the latest one ‘Call Me Every Day‘ with Wizkid which the fans loved.  Chris also shared the music video for ‘Warm Embrace’ yesterday, with a cameo from Normani. One thing that’s different this time around is, Breezy is doing considerable amount of press, talking about the album, fatherhood, career growth and more.

Something else that’s different is that this album isn’t as long as his last one, Indigo from 2019 which had a whopping 42 songs when the deluxe edition dropped. Tonight, the R&B star has released the track list for the new album. This time around, he goes for 24 cuts with guest appearances from Lil Wayne, Ella Mai, H.E.R., Anderson .Paak, Blxst, Jack Harlow and more. 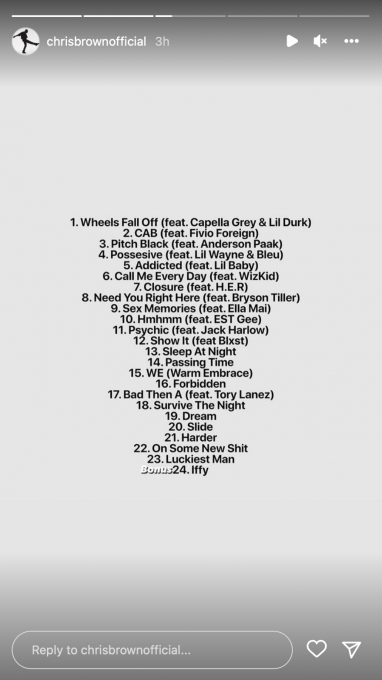