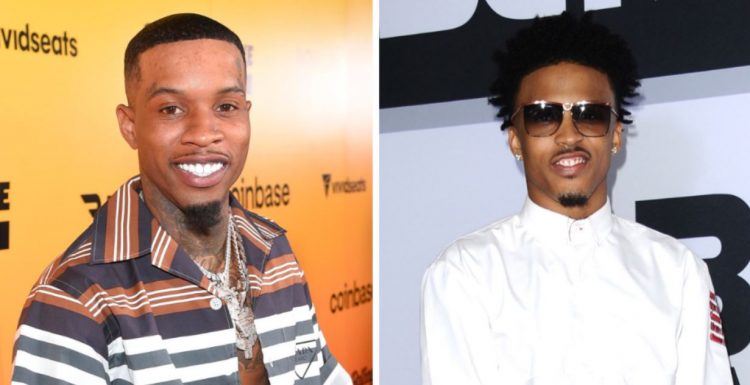 Some clarity over the August Alsina and Tory Lanez fight has now come to the forefront.

In a recent video that’s going viral on social media, August Alsina can be seen ignoring Tory Lanez as he tries to shake his hand. The video was released after Alsina claimed that Tory had physically abused him for refusing to “dap him up.” Tory keeps his hand raised as Alsina walks by, clearly disgusted that August ignored him like that.

Tory Lanez was embarrassed August Alsina curved him so crazily and went in attack mode🤣 pic.twitter.com/ndC6HfD1ws

Well, now the video validates August’s story. “Dude has no real friends, and is on a crash out mission. With that said, I was gone keep it G & not come to the net, but you moving with foul intent feeding falsities to blogs to look for a “moment” cus them moments ain’t happening on stage for u,” August said on Instagram yesterday while criticizing Tory for his actions.