Black Star Performs ‘So Be It’ & ‘The Main Thing’ on SNL: Watch 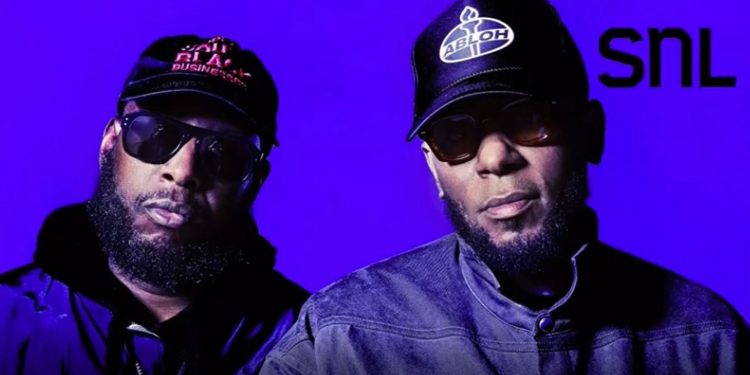 Black Star were the musical guests on Saturday Night Live tonight (Saturday) which was hosted by their good friend Dave Chappelle.

Back in April, the duo of Talib Kweli and Mos Def aka Yasiin Bey reunited with their new album No Fear of Time produced entirely by Madlib. The album was an exclusive to the tech platform Luminary which meant fans had to sign up with the podcast app to listen to the album.

Mos and Kweli worked with Luminary on the Dave Chappelle podcast The Midnight Miracle last year. The album has still not been released on streaming platforms which means many of us haven’t heard it yet.

Dave Chappelle had his shining moments on the show as he kick started it with an opening monologue, discussing Kane West’s anti-semitic comments, as well as Donald Trump and the midterm elections. “I denounce antisemitism in all its forms. And I stand with my friends in the Jewish community,” he said while making a statement, before adding, “And that, Kanye, is how you buy yourself some time.”

Talib and Mos first performed their song ‘So Be It’ from their new album, the video for which was released earlier today. They later returned to the stage to perform ‘The main thing is to keep the main thing the main thing’, also a track from No Fear of Time. Watch their set below.