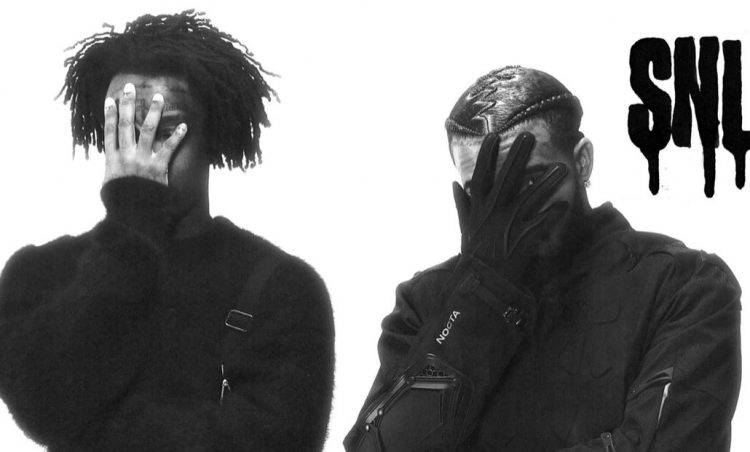 Drake and 21 Savage continue their spoof marketing with another appearance, this time a performance for SNL.

The two rappers performed their song ‘BS’ from their joint album Her Loss while bring introduced by Michael B. Jordan and made it look like it was official. “@nbcsnl musical guest once again with my brother @21savage thank you for the love HER LOSS OUT NOW @michaelbjordan 🗡️🥀🤞🏽,” Drake wrote in the caption of his Instagram.

Drizzy and 21 have made their own versions of a Vogue cover, a Howard Stern interview, and an NPR Tiny Desk Concert so far before the SNL appearance. We wonder if they have something else coming as well.

The album is on course to move close to 350k copies in the first week for a number 1 debut.