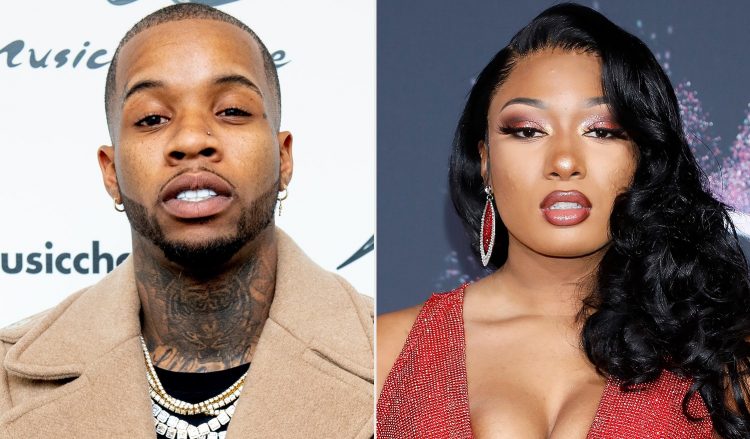 Now the audio of that call has leaked online. The rapper-singer, whose real name is Daystar Peterson, reportedly placed the call to Harris about five hours after the shooting, at around 9:05 a.m. on July 12, 2020. Although he specifically doesn’t acknowledge shooting Megan during the call, he apologizes for his doings, stating that he was too drunk.

Tory then asks Harris if she has his security guard and driver, Jaquan Smith’s contact info, and if she does, she should figure out with him about how to bail him out. Listen to the full audio below.

I can easily confirm that the audio floating around of Tory Lanez’s jail call to Kelsey, the gunshots, Kelsey’s interview with prosecutors etc are authentic. Court can release exhibits after trials, and that’s what happened here. I don’t have my own copies yet but will soon.

During the trial that concluded last week, Deputy District Attorney Alexander Bott read from the call transcript and argued that it would take “mental gymnastics” to interpret it as anything other than an apology for shooting Megan.

Tory was found guilty of all three charges against him: assault with a firearm causing great bodily injury; possession a concealed, loaded and unregistered firearm in a vehicle; and discharging a firearm with gross negligence. He’s facing up to 22 years and eight months in prison. His sentencing is scheduled for Jan. 27.