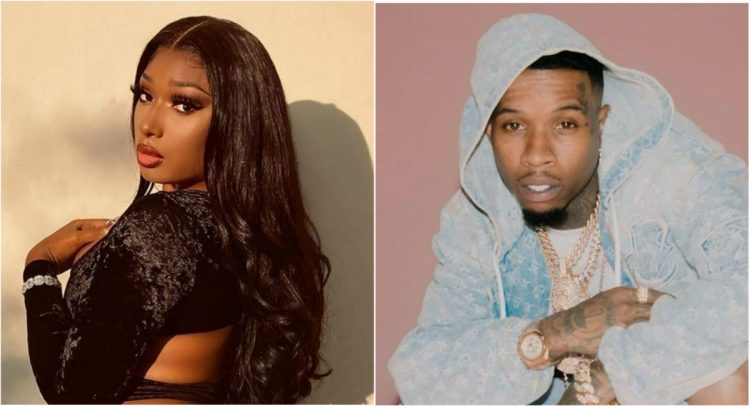 The Canadian rapper-singer was found guilty of all three charges against him: assault with a firearm causing great bodily injury; possession of a concealed, loaded and unregistered firearm in a vehicle; and discharging a firearm with gross negligence. He’s facing up to 22 years and eight months in prison, with his sentencing scheduled for Jan. 27.

Deputy District Attorneys Alexander Bott and Kathy Ta presented 47 exhibits during the trial with an aim to convince the jury that Tory was indeed guilty of all charges. All of those 47 exhibits have landed online which contain evidence presented in court.

The exhibits include photos of bullet casings on scene, Megan’s injury and blood spill, Kelsey’s suitcase with blood on it, their detainment, x-rays of Megan’s foot with bullet fragments and details about her surgery, LAPD bodycam footage from the scene, footage of the scene from nearby balcony, text message Kelsey sent to Justin Edison (“Tory Shot Meg”) and much more. Watch it in the video with commentary below.

Lanez did not take the stand in his defense during the nine-day trial in LA. Megan “showed incredible courage and vulnerability” during her testimony “despite repeated and grotesque attacks,” LA County DA George Gascón said in a statement to CNN following the verdict.

“You faced unjust and despicable scrutiny that no woman should ever face and you have been an inspiration to others across LA County and the nation,” he said, in reference to Megan.