The ‘New Music Fridays’ Policy And Why It Is Flawed 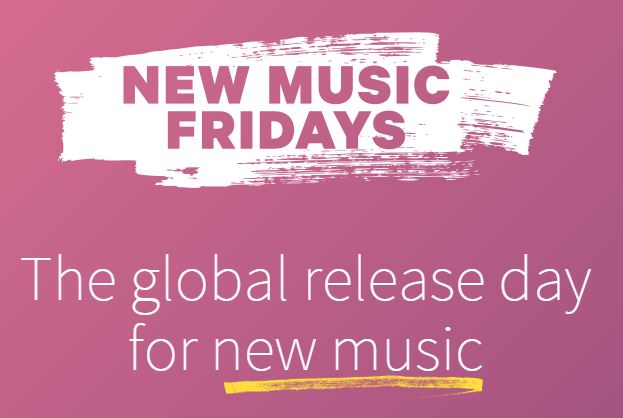 Goodbye New Music Tuesdays. July 10 will mark the end of an era — all new singles and albums from now on will be released on Fridays worldwide in over 45 markets. Earlier, music was released on Tuesdays in the US and Canada, Mondays in markets such as France and the UK, and Fridays in countries like Australia and Germany.

The RIAA (Recording Industry Association of America), the IFPI (International Federation of the Phonographic Industry) and majority of music labels feel this move, which is aimed at curbing piracy around the world will trigger a positive shift in the music industry. But will it really?

Up until now, because music was released on different days in different countries, it led to albums and songs surfacing on the internet days prior to their official release date in a particular market. This system has been followed for decades and the basic logic behind it was that labels needed enough time to ship the physical copies of an album to stores in international markets so they can get the inventory ready to sell to consumers. Since digital music has been dominating sales across the world (In 2014, digital music sales surpassed physical sales for the first time — $6.85 billion to $6.82 billion), this was leading to increased piracy as a buyer in a country like Germany would have access to a particular album in advance of other markets like the US. A single upload of that album on the internet and the rest is history.

Another big reason behind the move to having a global release day was that fans who want to support their artists by spending their money on the music would often get frustrated when they found out that the particular product which was illegally living on the internet was available in another country but not in their own where they were authorized to purchase.

This also brings to mind the question — it has taken the music industry so many years to realise that people leak albums on to the internet as soon as they have access to them? Sigh.

From July 10 onwards, songs and albums will be released at 00:01 local time on Fridays each week. But this move hasn’t been welcomed by all parties. Many independent retailers and organizations who although support the global release day, feel that picking Fridays was a bad move as it may lead to mainstream dominating lesser known artists even more. They also argue that since Friday is last day of the week before the weekend hits, if a CD unexpectedly runs out in a store on the first day of release, there’s a chance the shelves might stay empty until at least Monday. But there are also arguments for the opposite. Nielsen Entertainment analyst David Bakula justifies the Friday pick: “there are far more people in the stores on weekends. Friday’s a day when everybody’s about to go out for the weekend with money in their pocket. That’s great for music.”

Although releasing music globally on a Friday makes a lot of sense, especially since we are living in a digital era, there is one angle that not many experts have addressed so far. Let’s take an example: A Drake album which releases on a Friday globally at 12 am local time will still be available in a country like New Zealand 16 hours in advance of US and Canada which is effectively a whole day prior. In the age of social media, rampant file uploading sites and forums, it could mean that a fan would have access to the album in its proper quality almost a day before he can actually purchase it in his own country.

So will New Music Fridays actually work? I think it might help to a certain extent but the impact of this policy would have been much greater if the industry had instead decided on a move where new music releases digitally at the same time, all across the world. A case in point is Jay Z and Kanye West’s collaborative album Watch The Throne which was released digitally on iTunes at 12 am on August 8, 2011, four days prior to its physical release. What was special about the rollout is that Roc-a-Fella/Def Jam/Roc Nation were able to release the album at 12 am EST in the US — but it was also made available at the same exact time across the world in approximately 40 markets. This meant that fans around the globe were able to experience their most anticipated album at the same time. Folks who were active on the internet at the time, particularly social media, will be able to reminisce that it was like one massive, worldwide listening session. Twitter wasn’t even that big at the time but it was set ablaze by listeners all over the world sharing their thoughts about the LP. What did they achieve with it? A hype like never before, #1 album in over 23 countries within 24 hours of its release and more importantly, all of this without a single song being leaked prior to the official date.

That brings to my mind the question — if the release was executed so smoothly and successfully, creating an excellent case study, why did the labels and organizations like the IFPI and RIAA not decide to implement something like this as the global policy versus what they are doing now with “New Music Fridays”? It would have had a greater impact, while keeping things less complicated and leading to a even bigger impact at the time of every release. Since fans love to share their views about music on social media, this would have led to global listening sessions participated by fans from all over the world. I personally have no idea but this is why I think the policy is flawed and the reason it may not be enough to bring the music industry back on its feet.

As a fan, I would still hope for the opposite.