Jay Electronica & The Curious Case Of The Exhibits 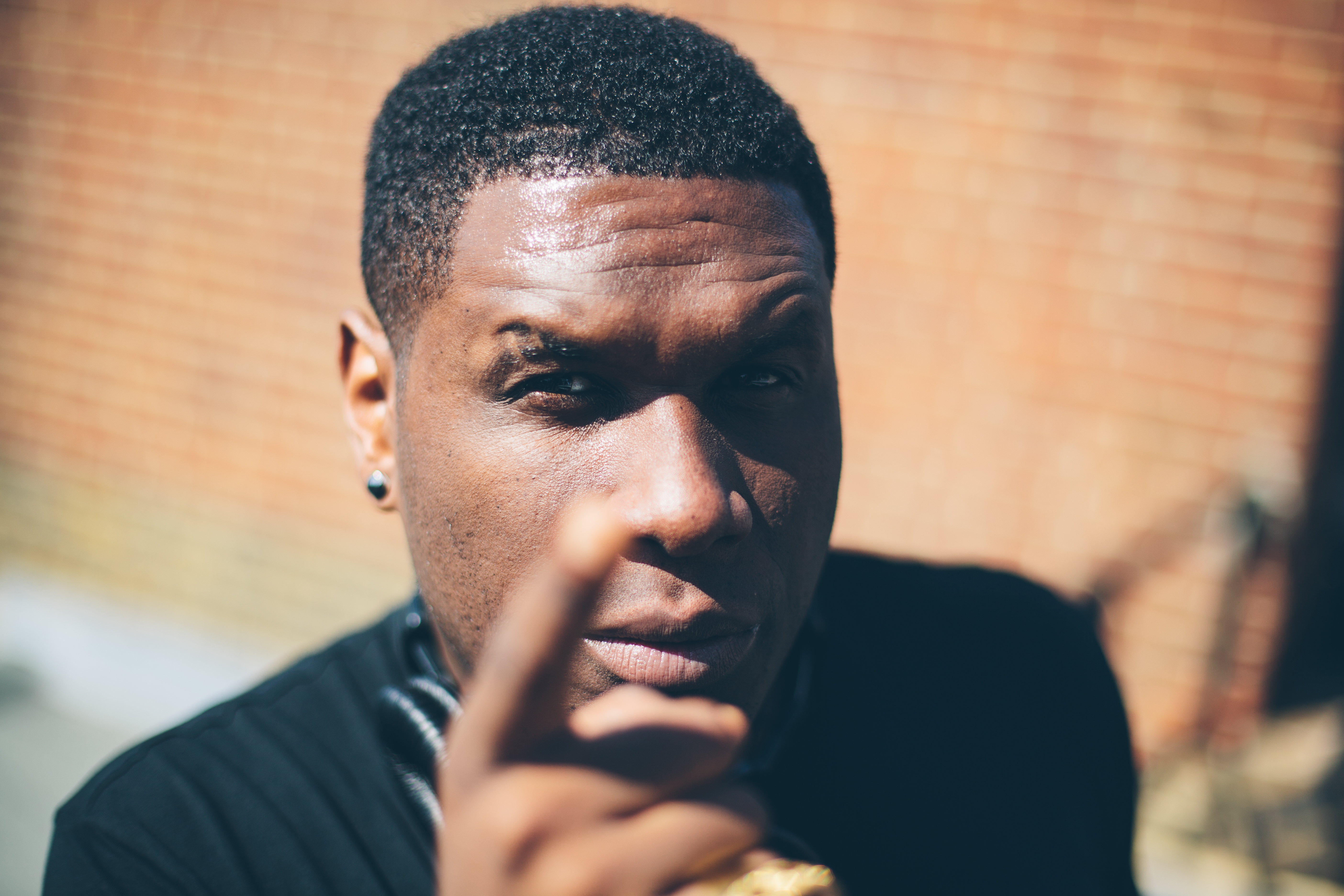 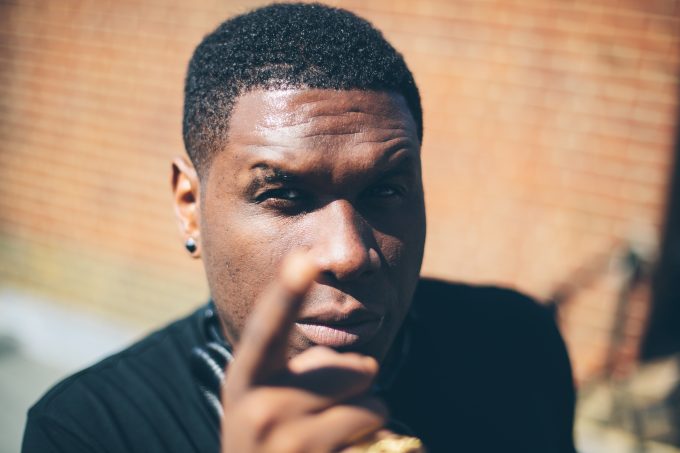 Jay Electronica. The mere mention of the name has become a trigger for frustration and disappointment, a connotation of false hope in Hip-Hop parallel only with the legend that is Detox and perhaps a solo album from André 3000 now that Frank Ocean is enjoying the success of Blonde.

Since bursting onto the music scene a long decade ago, the consistently high quality of his music has been both a blessing and a curse for the New Orleans rapper; a blessing because his ability to use metaphors in storytelling and intertwine historical events with tales from his upbringing is second to none, a curse because his refusal to conform to the fast paced nature of today’s music industry results in listeners having to wait an eternity for music to arrive, despite it being so good. For Jay Elect’s fans, patience is a hard earned skill.

For me, the journey started around the time of his Roc Nation signing. I can vividly remember the release of ‘The Announcement’ and being blown away by the line “we not Illuminati but our eyes on the money”. I was 13 then, I’m 19 now. And unfortunately, a microscopic amount has happened in the world of Jay Electronica.

You can probably count all of his official releases in the past five years off the top of your head, a lot of which have since been labelled false starts, namely Jay Z collaboration ‘We Made It’ and the remorseful ‘#TBE The Curse Of Mayweather’. However, well versed readers will know that the journey really kicked off in 2009 with two songs: ‘Exhibit A (Transformations)’ and ‘Exhibit C’.

Arguably his biggest and most celebrated records to date, those two tracks are generally heralded as classics not just by Jay’s standards, but Hip-Hop’s as a whole, which is pretty astounding considering the circumstances. The tracks have more things in common than just their thematic titles. Both of them are produced by the same team and astonishingly, neither of them really took that much effort to make.

“It was me, Just Blaze and Jay Electronica in Baseline Studios putting the track together” Canei Finch tells me. He played additional keys on the first record. “’Exhibit A’’s chords were already structured so dope (that) I had so many ways I could flip it for the outro and so I just went in and ended up with many different arrangements. Just (Blaze) chose to use all of ‘em.”

Although it may sound like your average creation of a Hip-Hop record nowadays, the song is far from ordinary in so many ways. It hasn’t quite made its way to Act II: The Turn (then again, what has?), but research shows that ‘Exhibit A’ is officially on at least one project: Fresh Cuts Vol. 3, a compilation of music made by Guitar Centre employees. You read that correctly. Actually, the song’s entire existence is credit to Guitar Centre. Safe to say that that separates it from the pack. 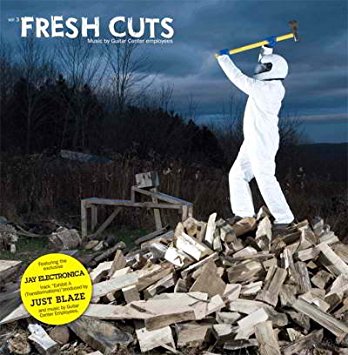 Not to mention the fact that it made its way onto Fight Night Round 4, EA’s penultimate attempt at crafting the Call Of Duty of boxing games in 2009. How many classic Hip-Hop songs make it to huge video games the same year that they’re released?

And if you thought the story couldn’t get any more unpredictable, ‘Exhibit A’ is actually the less popular song of the two. I like to think of ‘Exhibit C’ as the more successful, condescending younger brother.

Released on iTunes in December of 2009, ‘Exhibit C’ also had an unlikely rise to fame. It was crafted in one night with the intention of being a song which Angela Yee, prior to being one third of The Breakfast Club, could just throw out exclusively on The Morning After, her show at the time. Nothing more, nothing less. But rightfully so, the song grew legs, started running and never looked back.

Just Blaze sits on opposite ends of the track, conveying the verses as a literal exhibit in a court of law, presenting and eventually closing his case. For most, this was the end of the metaphor but much like most of Jay Electronica’s recordings over the years, other pieces to the puzzle remain quietly locked away.

“When was there ever a ‘B’? Never” Yasiin Bey passionately exclaimed in February 2010 to a fan who asked him and Jay to perform ‘Exhibit B’. “Just because B comes after A, doesn’t mean there’s an ‘Exhibit B’… No, there is no ‘B’… It doesn’t exist!” He left little room for doubt. To say we respect Yasiin Bey as a rapper would be a criminal understatement but on that particular night, he was wrong.

A month on from that show, Jay Electronica confirmed ‘Exhibit B’’s existence. In fact, he took it a step further and announced an entire album consisting of ‘Exhibit’ records, each with a different spin on the definition of an exhibit. Of course, the years went by with false promises and misguided hope about Act II and most of us eventually forgot about this side project. Our mistake entirely, because what an album it would be.

Case in point, ‘Exhibit G’. Somewhere on a hard drive is ‘Exhibit G’. Wow. The thought alone is genuinely chilling. You know it’s real when other rappers don’t mind looking like fans for a moment.

It’s evident Just Blaze has zero consideration for our peace of mind because not only did he happily confirm that ‘Exhibit G’ has been finished (and is possibly better than ‘A’ and ‘C’), but he played the instrumental too. It was genuinely special and thankfully you can still hear it below.

If this is all the information that we, the public are aware of, who knows what could be hidden away? It’s an extremely rare case that fans are so desperate for music that might never be released. Undoubtedly at some point this year, we will be promised Act II and if history is anything to go by, there isn’t a reason to get our hopes up. Either this friendly reminder about more music will fuel your optimism or finally lay to rest your last hope of a full project of any kind. My only wish is that when we look back on Jay Electronica’s career, we remember real moments and not just the potential. For now, pressing replay on ‘Exhibit G’’s instrumental and using our imagination will have to do.