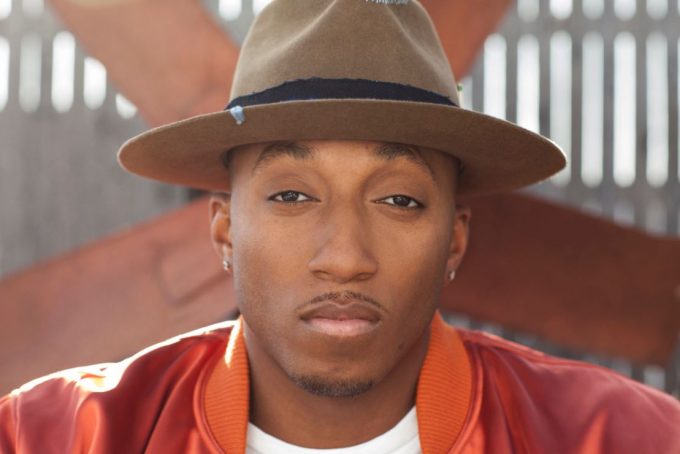 When you look at Hip-Hop in this era, there’s always going to be some artists that just blew up out of no where (Desiigner and Lil Uzi Vert for example). Then there are rappers like Lecrae who have been grinding for ages but are still not part of the mainstream conversation. Is it because listeners have put them in a box? Or is it because they don’t have much sauce for the everyday social media convo?

If it’s the former, well — Lecrae has been saying for years that he hates being called just a “Christian Hip-Hop” artist because he’s much more than that. And with his upcoming, as of yet untitled album, he may finally be able to shed that tag from the minds of music lovers. The Atlanta-based rapper recently released his new single ‘Blessings‘ featuring Ty Dolla Sign which is getting a great response from fans. His last album Anomaly went number 1 on the Billboard 200 chart while the ones before that debuted at 17, 15 and 3 respectively. Those stats tells us that Lecrae’s popularity has been on the rise and now with a new deal with Columbia Records, he’s ready to capture the masses in 2017.

We recently chatted with the talented artist about his new single, the upcoming new album, being underrated, President Trump, and of course, his pick between Michael Jackson and Prince.

Thanks for taking out the time to chat with us. Love your new single ‘Blessings’. How did the collab with Ty Dolla Sign and Ear Drummers happen?

No problem man, thanks for having me. Ty Dolla Sign I’ve known for a long time. We met a few years ago at SXSW, Austin. Ear Drummers – our studio is in Atlanta as well so we were able to connect with them and were able to create a song that made sense. From there, the rest is history.

It sounds great, I’ve had it on repeat. Did you intentionally make a radio friendly song this time?

Umm, I think we just wanted to make good music. But when everybody heard it, they thought it was perfect for radio. I don’t think it was the intention to make a radio specific song. It just came out like that. It made sense.

You’ve achieved a lot in your career already – a number 1 album, GRAMMY awards and what not. What is your goal with the next album?

I just hope it connects with the fans. We pretty much have almost all the songs we need right now but the album will come out later this year. We will let ‘Blessings’ marinate for a little while and then we’ll drop the album.

Does it have a title yet?

Still kinda working on the title man, haven’t decided yet.

I read an interview from last year where you mentioned that you’ve worked with a lot of different artists and producers this time around. Can you tell us some names?

I’m a very diverse artist and I like working with all kinds of sounds, different type of perspectives. I’ve been in the studio with Pop producers like Ricky Reed who did stuff with Meghan Trainor. People like Jason Derulo. But I’ve also been working with folks like Zaytoven and Ear Drummers who have done a lot of stuff on the music you hear today like Migos etc. And of course I’ve got the home team as well, the producers I worked with on the last album.

Losing ain't losing if you learned from it. It's a lesson on how to win.

You signed with Columbia Records last year. What was the main reason for going with a major label?

Well, it’s a partnership where we’re not saying ‘here you do the work’. I felt like as independent, we already peaked and reached as far as we could possibly go. I also have other artists on my independent label, I wanted to take the weight off my people’s backs and let the labels do some of it. A lot of labels out there work only for the staple artists and ignore the rest. I didn’t want my artists to feel like that. Columbia is a great label, they are good at handling legacy artists and offer good opportunities.

I personally feel that you still haven’t reached your peak in terms of popularity. Do you feel you’re underrated?

I guess I would leave that to the fans to decide. I just make the music that I hope connects with people in a real way. My fans may feel that way and have opinions on that. But you know, where is the peak? I feel like everybody is either climbing the mountain or fighting to stay at the top of it. It’s always going to be a fight, you know. For me, I just wanna make great music. I feel like if you’re too focused on staying at the top, it messes with your creativity.

With everything going on with Trump’s presidency, what do you think should be done by people of color in response to it?

I think when it comes to anger, we should have constructive anger and not destructive anger. Constructive anger means you can get involved in policies, programs, publicity and do things that are constructive to change society. You volunteer, create programs, collect funds, do productive things. Destructive anger never gets us to anywhere. It’s not the model, tearing up stuff and hurting people is not going to get us what we want in any circumstance unless we’re talking about a war.

I agree with that. Okay one last question and this is something we ask everyone we interview here at HHNM: Prince or Michael Jackson and why?

Ooohhh. That’s one of the toughest questions that’s been asked from me man. That’s like who came first, the chicken or the egg? Oh man. Imma say Prince because he played all his own instruments, choreographed his dances, wrote all his songs, he did a lot. I don’t mean to say that Michael didn’t do any of that but Prince was on another level.