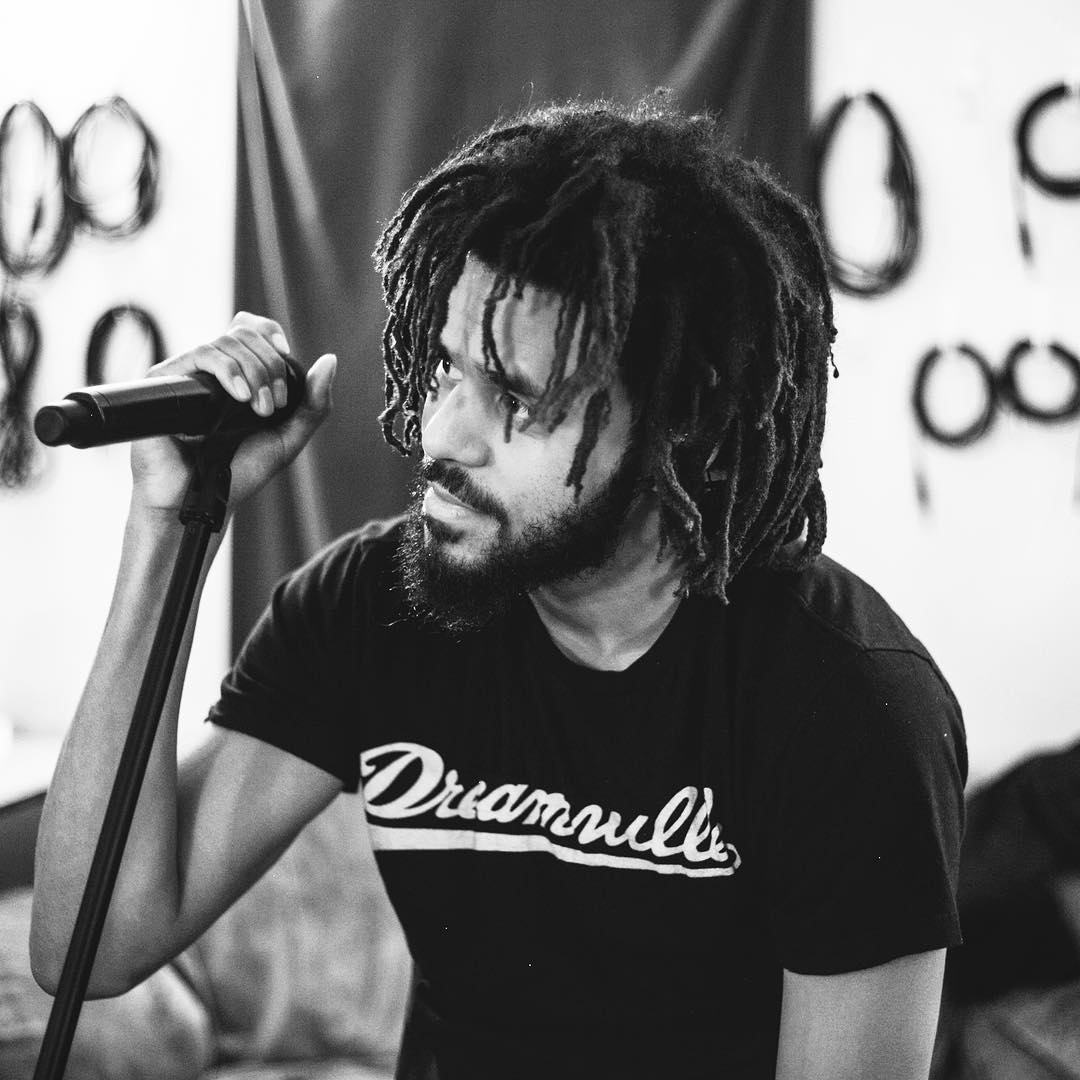 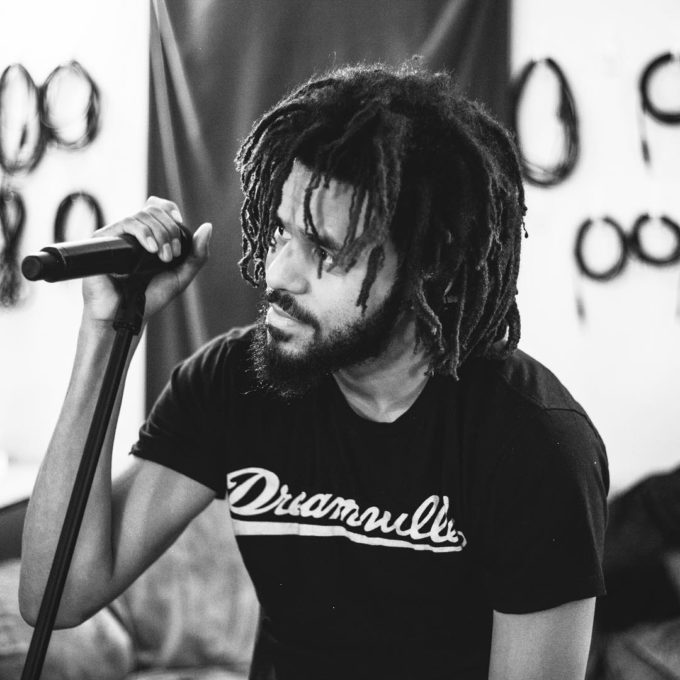 A few people asked me what I thought about J. Cole’s new album K.O.D. right after last night’s listening session in London and my response has pretty much been the same to all of them. “I don’t know.”

That’s neither because I want to be secretive about what I heard nor because I hold my opinion in such high regard. Actually, quite the contrary. I just feel that it’s vital to acknowledge that listening to music you’ve never heard before from your favourite rapper with him sitting a few feet away is going to greatly impact your feelings about it.

In fact, I have a little vow that I’ve made to myself about any music that’s previewed live and sounds amazing. Lower your hype because the studio version almost never lives up to that expectation.

There are a couple of reasons for that. One, the experience of it all drastically affects your judgement. Two, music being played out of huge speakers tends to be bass heavy and it’s hard to hear anything that isn’t either vocals or making your insides vibrate. Most venues’ acoustics mean everything in between isn’t nearly as crisp or true to real life as a studio edit is. With an artist like J. Cole who produces most of his own music, it’s crucial to consider those factors.

Of course, there are things about London’s K.O.D. listening session that leave little to be assumed. The first is that conceptually, this felt like J. Cole’s most focused LP to date. The album’s concept of addiction and fighting demons is specific enough that it almost demands cohesion but also broad enough that things don’t have to get repetitive. It’s special that a verse about Cole walking eggshells around his mother’s cocaine addiction as a teenager and him promoting meditation to achieve a certain high feel tied together, despite being two totally different songs.

A criticism of Cole in recent years has been that his lack of emotion in verses and failure to utilise his voice as an instrument (like both of his perceived competitors in Hip-Hop do) means that his music lacks flare and is downright boring. With K.O.D., Cole finally puts this idea to rest. Throughout the album, he harmonises like never before and pitches his voice both low and high. So high in fact that Lil Cole makes an appearance for the first time since 2013’s ‘Forbidden Fruit’. Not only this, but certain verses on the LP see his voice crack from emotion as they go on. The listener will be able to feel the genuine pain as well as hearing about it.

You’ll have to settle for different types of Cole’s voice on this album because spoiler alert, there are once again no features. Getting guest appearances has obviously never been Cole’s passion but now it feels somewhat like Cole is actively avoiding features for the sake of a few people on the internet being able to say he has “three platinum albums with no features”. Did his voice get old in the listen of this album? Absolutely not. But would it be refreshing to hear an anecdote from a rapper or a chorus from a singer every now and then? I think so.

Another thing that stood out about this body of work was the lack of adherence to formal song structures. Rarely on the album did the mundane ‘verse – chorus – verse – chorus – verse – chorus’ structure make an appearance. Raps are as long or as short as they need to be to serve their purpose. Think ‘03’ Adolescence’. There are melodic portions which appear when it feels right and aren’t quite choruses, but could be. Cole the rapper and Cole the artist shine through here.

In the earlier years of his career, J. Cole expressed his desire to do a show where he performed a few songs and then sat down and had a discussion with the crowd about them. Though he held some intimate listening sessions in 2013 for Born Sinner, these concert-like events with this set of music have been a big step in the right direction for this move to be made. The subject matter on K.O.D. is as aware, forward-thinking and intricate as J. Cole’s has ever been but now it feels that the beats hit hard enough too, making for a fine balance.

As many new things that there seem to be to love about this album, old is gold and Cole continues to rise above the crop with his storytelling which feels effortless as ever here. Twists and surprises will give you goosebumps and distinct details paint some of Cole’s most vivid pictures to date.

Some track titles and even snippets are floating around the internet and I could easily talk about them or quote random lines but what’s more intriguing and less opportunistic is to talk about the fact that Cole teased a different project entirely. A song called ‘1985’ not only follows K.O.D.’s outro, but is the intro to something else entirely. Exactly what that is remains to be seen but if Cole did indeed make the bulk of this album in a fortnight, perhaps there’s another part to it on the way. The concept of a two part/double-disc album isn’t foreign to the MC from NC and he’s been open to it before – in fact he considered it with 2014 Forest Hills Drive a few years ago. For now, Kids On Drugs/King Overdosed/Kill Our Demons is the focal point and, off of one very special listen, it should be a pivotal moment in a storied career.

Oh, and if you’re a rapper who’s dissed Cole in the past couple of years, be prepared to be humbled.